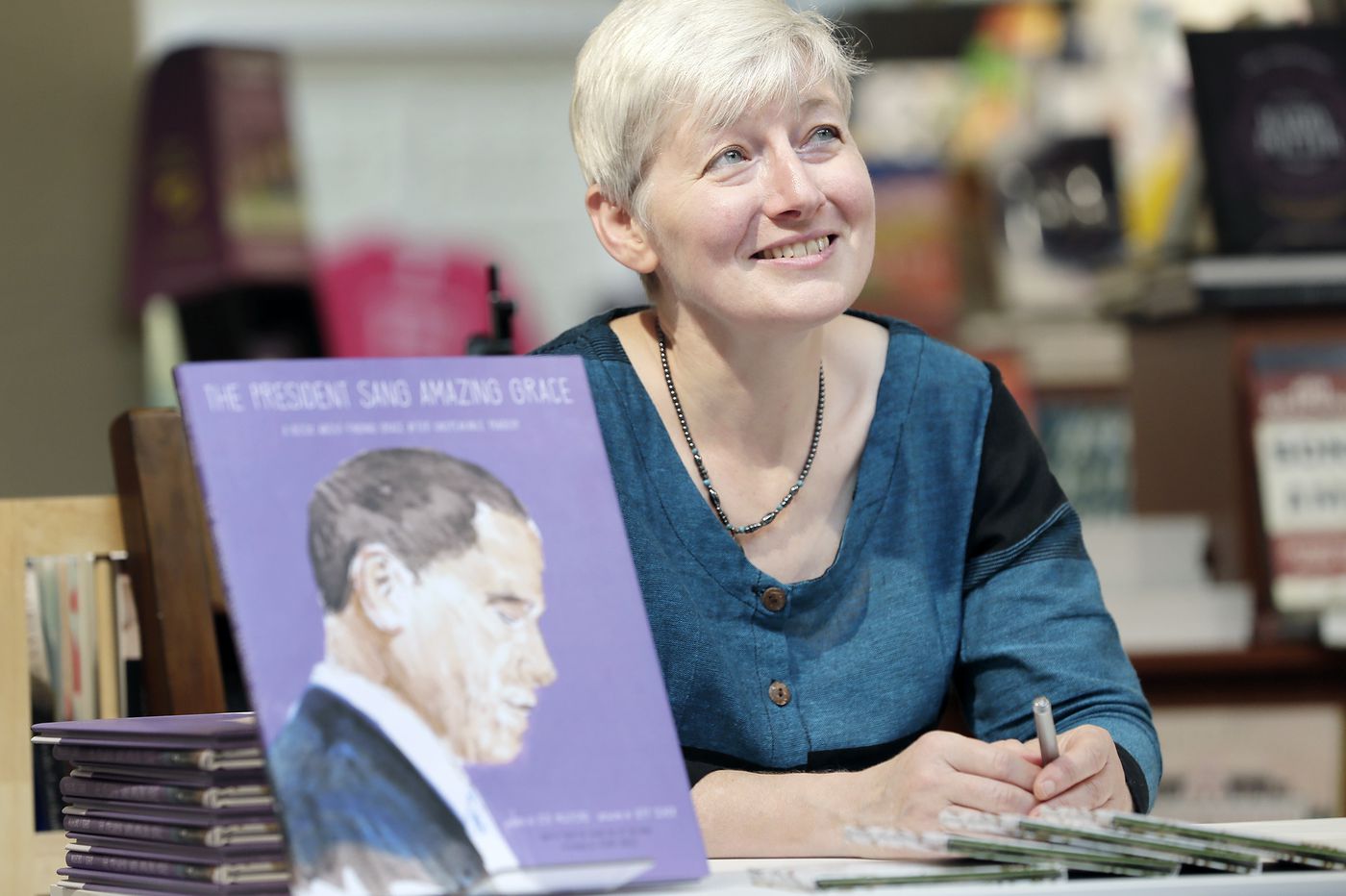 Folk singer-songwriter Zoe Mulford was visiting an aunt in the Philadelphia suburbs on June 26, 2015 when nine people were shot and killed in a Charleston, S.C., church, writes Natalie Pompillo for The Philadelphia Inquirer.

The Swarthmore native was transfixed watching President Barack Obama eulogize one of the nine people, then unexpectedly begin to sing “Amazing Grace.”

“The fact that President Obama was willing to do that, and it was the exact right thing to do in that time and in that place, that meant a lot to me. I was very moved,” said Mulford, who graduated from Strath Haven High School in 1986.

It inspired Mulford to write and record “The President Sang Amazing Grace.” Legendary folksinger Joan Baez heard the song, loved it, and recorded it. The song went viral, and Mulford’s words and lyrics earned 2018 Song of the Year honors from the Folk Alliance International.

Her song was followed up with a children’s book and video.

Mulford’s childhood was filled with music. Her late mother was a classically trained bass player who once performed with the Oakland Symphony. Her father enjoyed singing and had a deep love for chamber music.

Read more about Zoe Mulford in The Philadelphia Inquirer here.