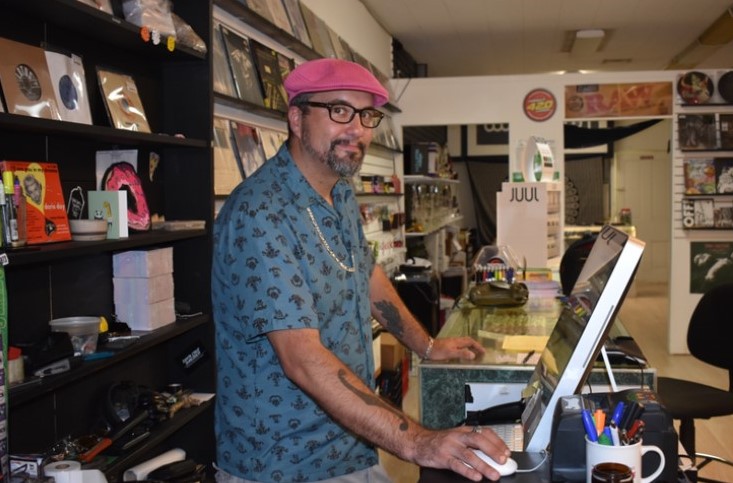 Creep Records, which recently opened a location in West Chester, has been nourishing music fans’ lasting appetite for LPs for more than 25 years, writes Natalie Smith for Chester County Press.

Creep Records began as a record label in Downingtown that later included a studio and retail space. The owner, Arik Victor, was joined by Mark Tawney, and the pair opened a Creep Records location in Philadelphia. When the Mad Platter, the popular record and CD store in West Chester, closed in July last year, the owners saw an opportunity, and the next month they opened the location on West Gay Street.

And despite the many transformations that music production has undergone in that time, the demand for records has remained steady among both collectors and newer listeners. The newest store stocks a wide variety of music genres, such as metal, hip-hop, and indie.

However, the most popular genre for record-lovers remains rock.

“I’m finding that the classics fly off the shelves,” said Perna. “Your Pink Floyd, your Led Zeppelin, your Hendrix … stuff like that.”