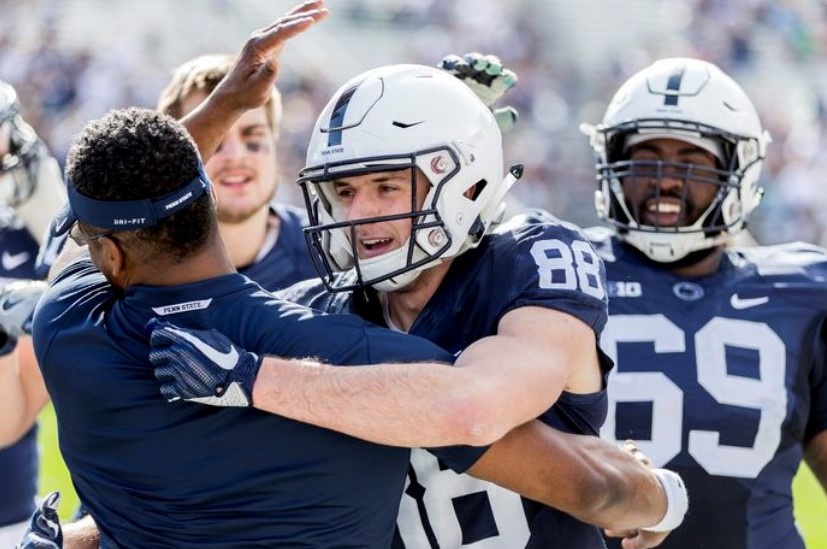 Image of Dan Chisena via the Harrisburg Patriot-News.

Chisena headed to Penn State from high school as a three-year letterman in football and three-time PIAA champion in track, thinking he would not have to choose between his love for both sports. But that lasted just one semester.

The young athlete was offered a scholarship by the PSU track coaches, and he accepted. However, it forced him to put his football career on hold.

After two years on the track, where he was a part of a Big Ten championship team, Chisena tore his hamstring. His time off the track made him ponder his future and brought his love for football back into focus.

“I thought about football every day since I left,” he said.

He decided to return to the gridiron last season. Since then, the fifth-year senior has been named Scout Team Player of the Week four times and also secured a full scholarship.

Read more about Dan Chisena in The Carlisle Sentinel here.