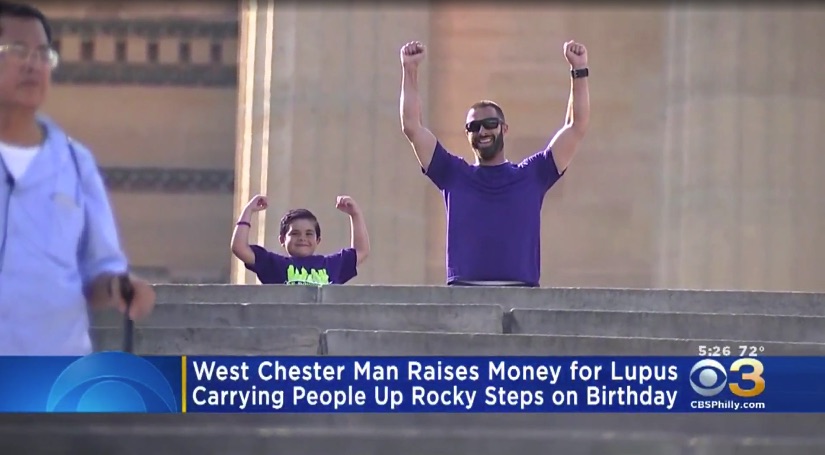 West Chester resident Michael Rankin spent his 41st birthday carrying people up and down the Philadelphia Art Museum steps, better known as the “Rocky” steps, to raise money for the Lupus Foundation, writes Bailey King for the PhillyVoice.

Rankin followed in the footsteps of the famous Sylvester Stallone character that made the Philadelphia landmark known worldwide, but he added a new level of difficulty to the task.

Throughout the day, Rankin carried a total of 41 people to represent the 41 out of 1,000 people affected by lupus just in the tri-state area. He pushed himself by carrying both children and adults.

In addition to raising funds for research, the Lupus Foundation of America provides education and support services within the local community. It also conducts outreach and advocacy efforts to increase awareness of lupus and hosts annual events.

Lupus is an autoimmune inflammatory disease often signaled by a facial rash, in which the body attacks its organs and tissues. It is difficult to diagnose, primarily because no two lupus cases are the same. Currently, there is no treatment for the condition.