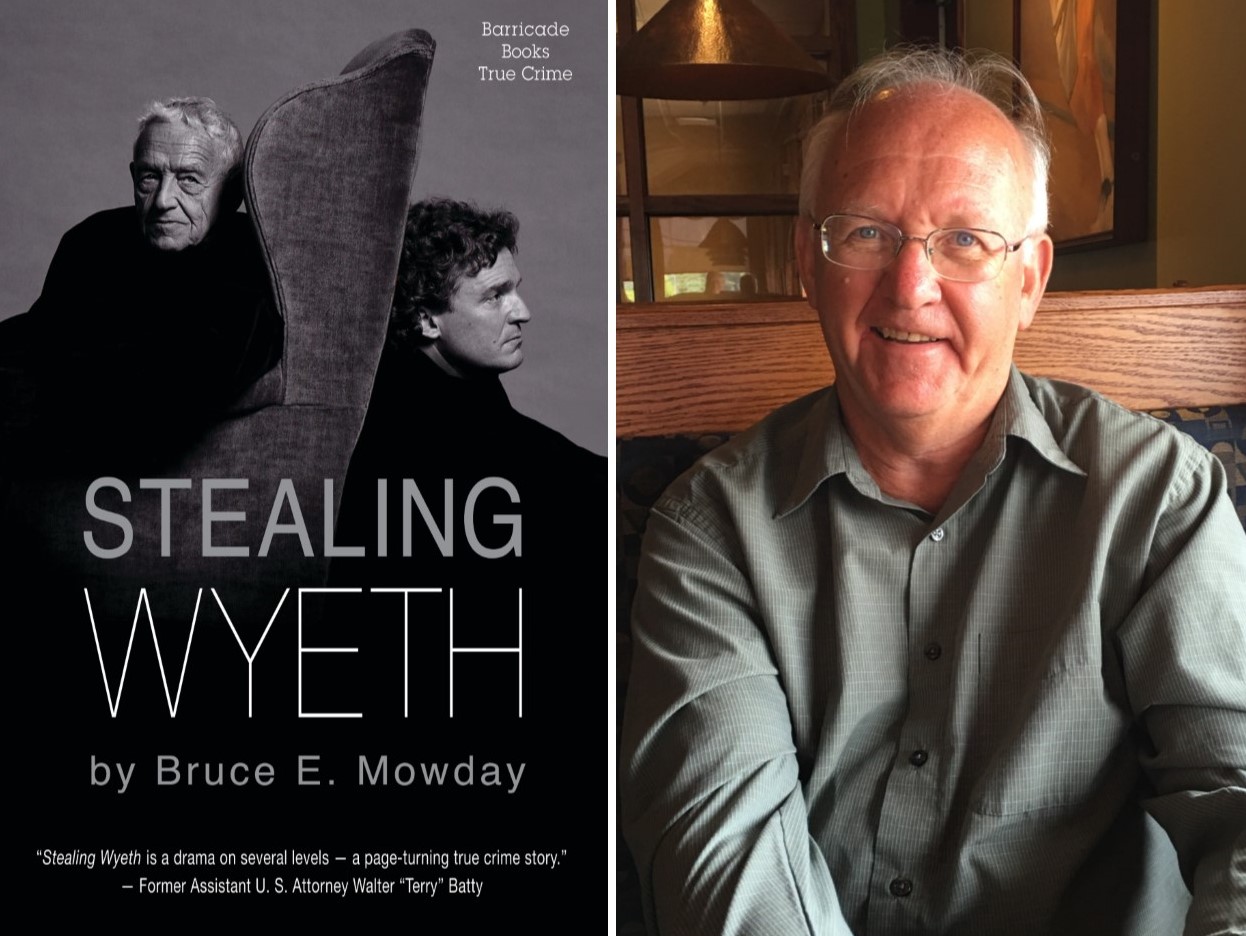 The theft of 15 paintings, worth millions of dollars, from the estate of world-famous artist Andrew Wyeth is the subject of local author Bruce Mowday’s new true crime book, Stealing Wyeth, to be released on Aug. 5.

“Stealing Wyeth is a drama on several levels, a page-turning true crime story,” according to former Assistant U.S. Attorney Walter “Terry” Batty, who prosecuted the case.

Former FBI agent David Richter said, “Stealing Wyeth proves it doesn’t get any better for the public when law enforcement agencies work together.”

Copies of Stealing Wyeth are available on the author’s website or Amazon.

The initial printing of the book was sold out weeks before the official release of the book, according to Barricade Books of Fort Lee, N.J., and a second printing has been ordered.

“Andrew and Jamie Wyeth are two of the best-known American painters of all time,” said Mowday. “I’m not surprised that thieves and forgers have targeted their wonderful artistic creations over the years. I’m also not surprised that readers, those who know the Wyeth paintings and those who enjoy true crime books, are interested in the book.”

Mowday, who has authored 20 books on true crime, history, business, and sports, was a newspaper reporter and covered the case. Thieves – including master cat burglar William Porter, who admitted committing 1,500 crimes – broke into the Chadds Ford estate of Andrew Wyeth in the hopes of stealing a Wyeth painting for their retirement fund. The thieves took 15 paintings: seven by Andrew Wyeth, six by Jamie Wyeth, and two by other artists.

The book details the journey of the paintings throughout the U.S., international intrigue, vicious criminals, and the law enforcement team that tracked down the paintings and the crooks.

Wyeth family paintings are collected throughout the world. Andrew is the son of N.C. Wyeth and the father of Jamie Wyeth.

The hardback book contains a number of illustrations connected with the Wyeth family and the Brandywine school of art. The book price is $24.95 and is available from Amazon, Barnes & Noble, Barricade Books, and the author.

Click here for more information on Bruce Mowday or e-mail him at mowday@mowday.com. Signed copies of his books are available by contacting him.