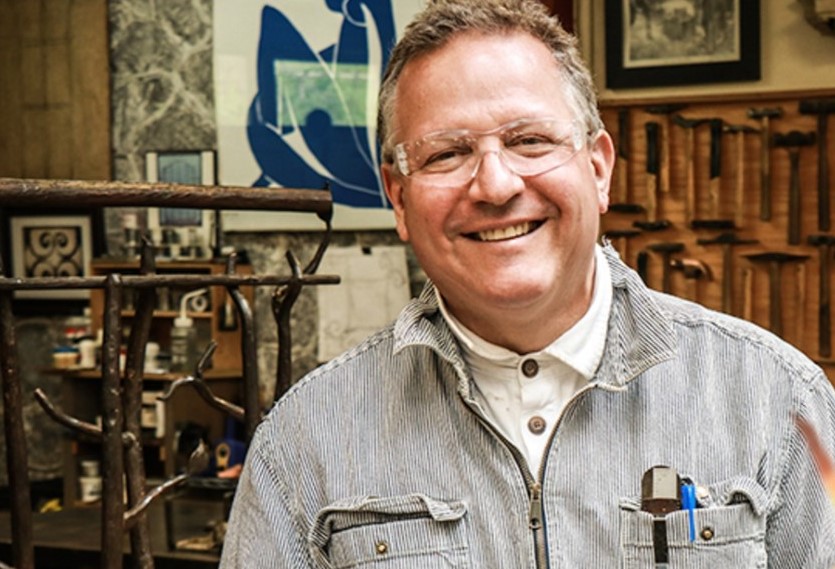 Image of John Madarasz via 6ABC.

Exton coppersmith John Madarasz is breathing new life into old techniques by creating pieces that are both beautiful and functional, according to a report from 6ABC.

“It’s always amazing to take something that was so raw and elemental and end up with a finished piece,” said Madarasz.

He originally picked up the trade when he was 16. His approach to it is artistic, which elevates his finished pieces into captivating works of art. Now, he creates everything from weather vanes, doors, and windows to railings and miniature sculptures.

“It’s really kind of a journey to take the pieces from raw material to finished form,” said Madarasz.

In addition to the artistic element, the coppersmith really enjoys building on the traditional skills of his craft.

“To know that people have been doing this for thousands and thousands of years,” he said. “Keeping that old art form alive, even in a small studio workshop.”

Some of the inspiration for his work comes from the area.

“Chester County, it’s one of the oldest counties in the country,” said Madarasz. “This whole area is just steeped in tradition, old-world tradition in terms of craftsmanship.”

Read more about the coppersmith at 6ABC here.