Home Archive After 55 Years in Malvern, Englund’s Apparel for Men Thrives in Every Economy, Through Every Trend

After 55 Years in Malvern, Englund’s Apparel for Men Thrives in Every Economy, Through Every Trend 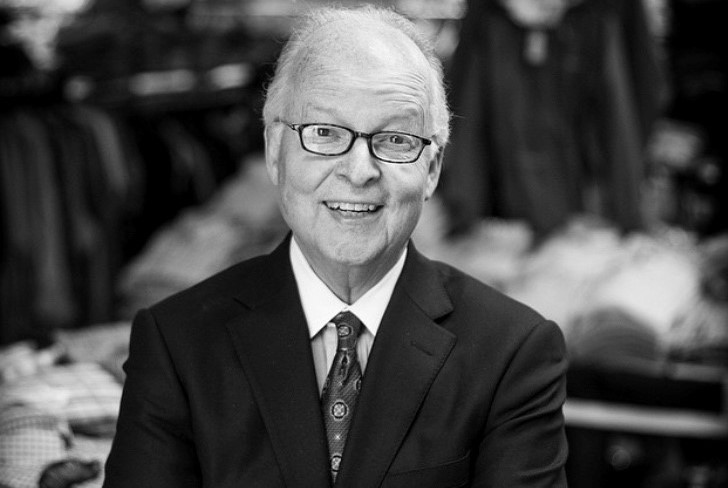 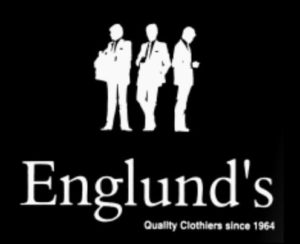 In 1964, when Frank Englund was in his early 20s and launching his fine clothing store, Englund’s Apparel for Men, in the Malvern Shopping Center, people were riding down King Street in horses.

“We questioned whether this location was the best,” he said. “But I relied on my instincts, and it’s worked out well.”

Fifty-five years later, Englund’s Apparel is still in business, having served the clothing needs of tens of thousands of men in Chester County and beyond.

“When I was a student at what was then West Chester State College, studying to become a teacher, I worked part time at Deever’s Men’s Wear in Paoli,” said Englund, now 79. “The owner wanted me to work full time for him. He said, ‘If you got a teaching job, what would that pay?’ I told him around $4,000. He said, ‘I’ll give you that to work full time.’ So that’s how I got started in this business.”

It wasn’t long before Englund began dreaming of store ownership. At the tender age of 23, he rolled up the sleeves of his custom-made shirt and opened his own store.

Throughout the years, Englund’s Apparel for Men has succeeded on highly personalized service, expert tailoring, and a great selection of not only custom but also ready-to-wear clothing from top manufacturers. The store is one of only a few of its kind in the area to survive.

“Because we rely on the classics, intertwined with new fashions, we thrive in every economy, through every trend,” Englund said. “Oftentimes, a customer is a customer for life. They’re like family, and after a while, their sons and grandsons start coming into the store.”

Englund’s merchandise indeed represents the pinnacle of men’s fashion. His customers’ smiles come from not only knowing that they got a good deal, but also from the added feeling of self-confidence that accompanies the fresh look of a new suit.

“They always get the best when they come to Englund’s,” Frank said of his customers. “The key is giving people a good product with honest pricing.”

Englund has been married to his wife Anne for 56 years, and together, they have four children. As a star basketball player at West Chester High School in the late 1950s, he led his team to a Ches-Mont League championship. He’s also an accomplished tennis player, albeit one still on the mend from two knee replacements.

Now, instead of planning for retirement, Englund has his eyes set on his business’s future.

“My goal has always been to offer better clothing, a better tailor, better employees, better everything,” he said. “This is how we’ve stayed in business and thrived for 55 years.”

Click here to learn more about Englund’s Apparel for Men.