Downingtown East Hockey Team Takes Stand to Keep Its Coach, Then Reaps Benefits with Him in Charge 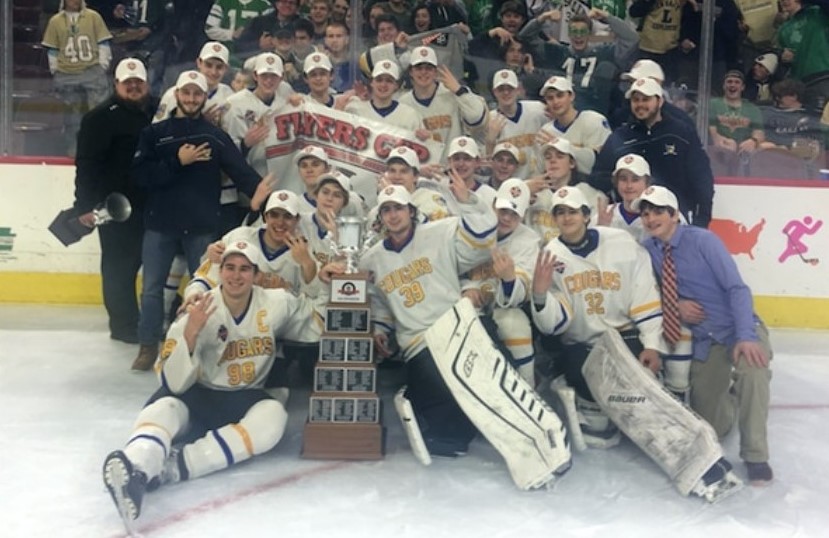 Image of the Downingtown East hockey team via the Harrisburg Patriot-News.

The Downingtown East High School boys hockey team stood up to a group of parents who wanted its coach fired before the season started, then went on to capture the Flyers Cup and advance to the state championship game with him in charge, writes David Jones for the Harrisburg Patriot-News.

Dave Hendricks, 41, has been the head coach of the Cougars for nine seasons.

When he was removed from his job by the club’s board – no clear reason was given for his ouster – the players stepped in and managed to win their coach back.

“The kids did an amazing thing,” said Hendricks. “I’ve never seen it in hockey before.”

With the coach back at the helm, the Cougars went 17-6-1 and won their third consecutive Flyers Cup. They later fell to Pine-Richland in the state title game, known as the Pennsylvania Cup.

SportsLack of a Shot (Which They Can't Get Anyway) Erases Downingtown Youth Baseball Team's Shot at GloryMay 6, 2021