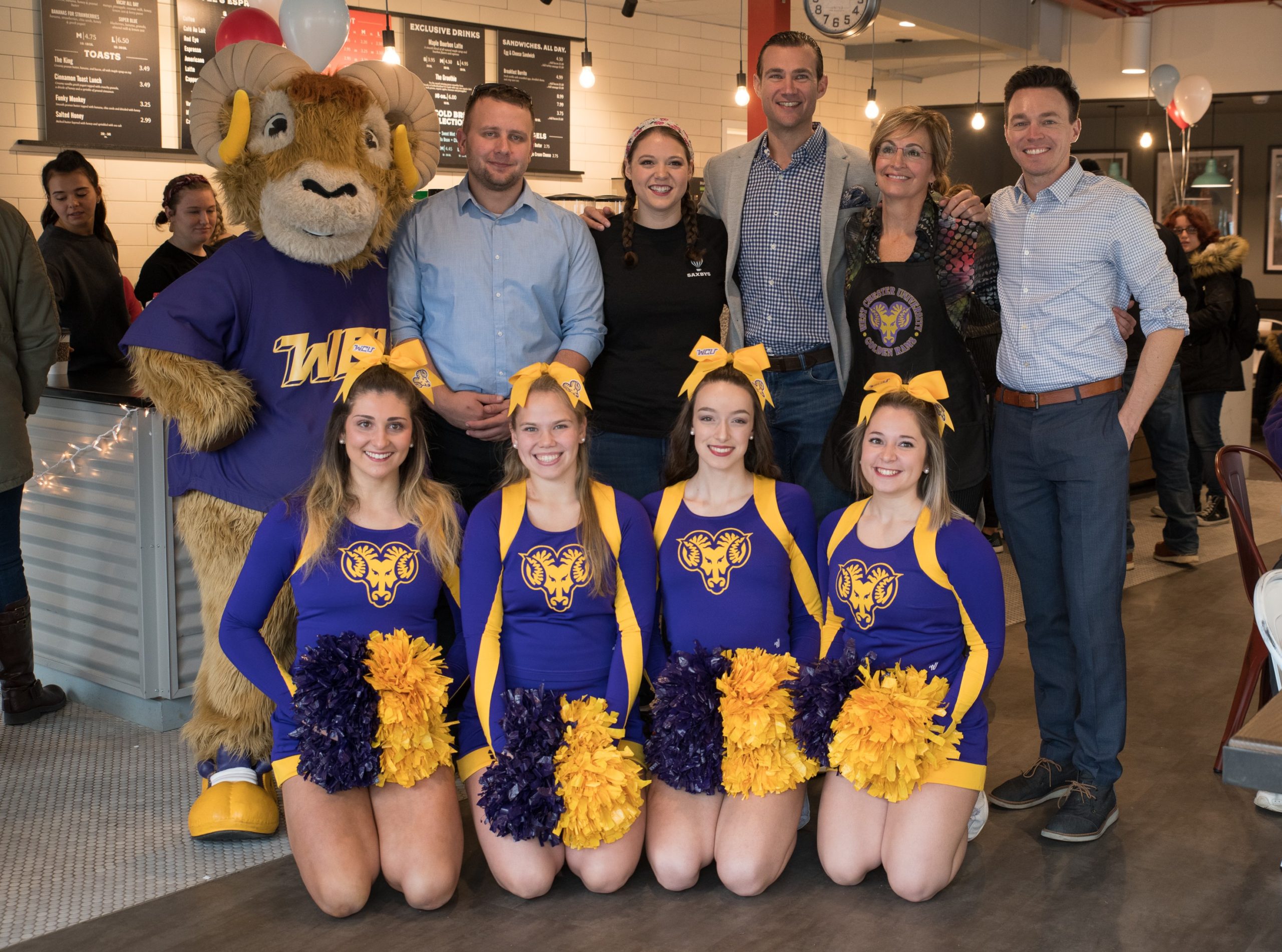 The event generated $2,000 for the Charles A. Melton Arts and Education Center in West Chester, and Saxbys matched it with an additional $2,000. The day was about much more than raising money; it was about rallying a community around a cause and bringing awareness to a shared mission and vision.

As patrons poured inside the café, Golden Ram cheerleaders greeted them at the door and celebrity baristas served drinks.

Kelly Ingram, student café executive director, said that she had gained a lot of hands-on experience at Saxbys and learned community leadership.

“It’s so nice to see students come together and make a difference,” Ingram said. “We have to work with one another in order to grow a better community.” 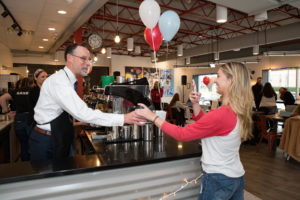 WCU President Christopher Fiorentino was one of several guest baristas.

“Strong commitment to society and community-building is an important ethic for students,” he said. “It teaches them how to be professionally successful.”

Saxbys founder and CEO Nick Bayer could not have been happier about the fundraiser.

“It makes you feel good doing things for other people,” he said.