Home Archive Helicopter Museum in West Chester to Get Its Own Category on ‘Jeopardy!’

Helicopter Museum in West Chester to Get Its Own Category on ‘Jeopardy!’ 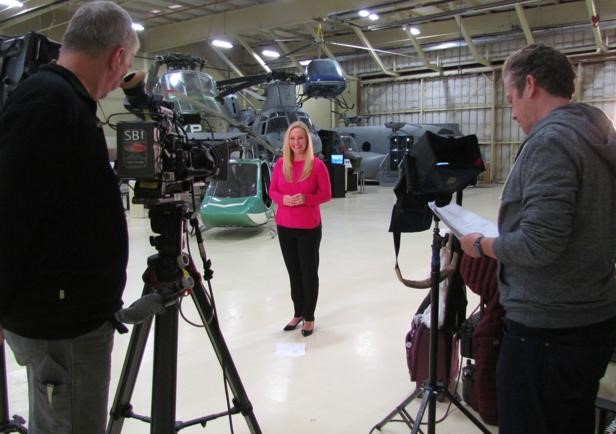 The American Helicopter Museum and Education Center in West Chester is getting its own category on Jeopardy!, according to a report in the Daily Local News.

The museum will be featured on the Dec. 18 episode of the popular game show. It will celebrate with an after-hours party that evening with free drinks and desserts to accompany a streaming of the episode in its comfortable theater.

“We are extremely honored to have been chosen by this challenging program for our own category,” said Sarah Sands, AHMEC’s Executive Director.

Sarah Whitcomb Foss and Kelly Miyahara, the show’s Clue Crew stars, visited the museum in April, along with full equipment and crew. They spent the majority of the day shooting parts of the museum. AHMEC staff also had fun as they successfully tested their skills and got all the answers right while watching the taping.

Sands invited everybody to join the AHMEC staff on the day of the airing to enjoy “some dessert and drinks, socialize and see firsthand the topics of the television show. They can watch and play Jeopardy! with us.”

Read more about the American Helicopter Museum and Education Center’s upcoming appearance on Jeopardy! in the Daily Local News here.