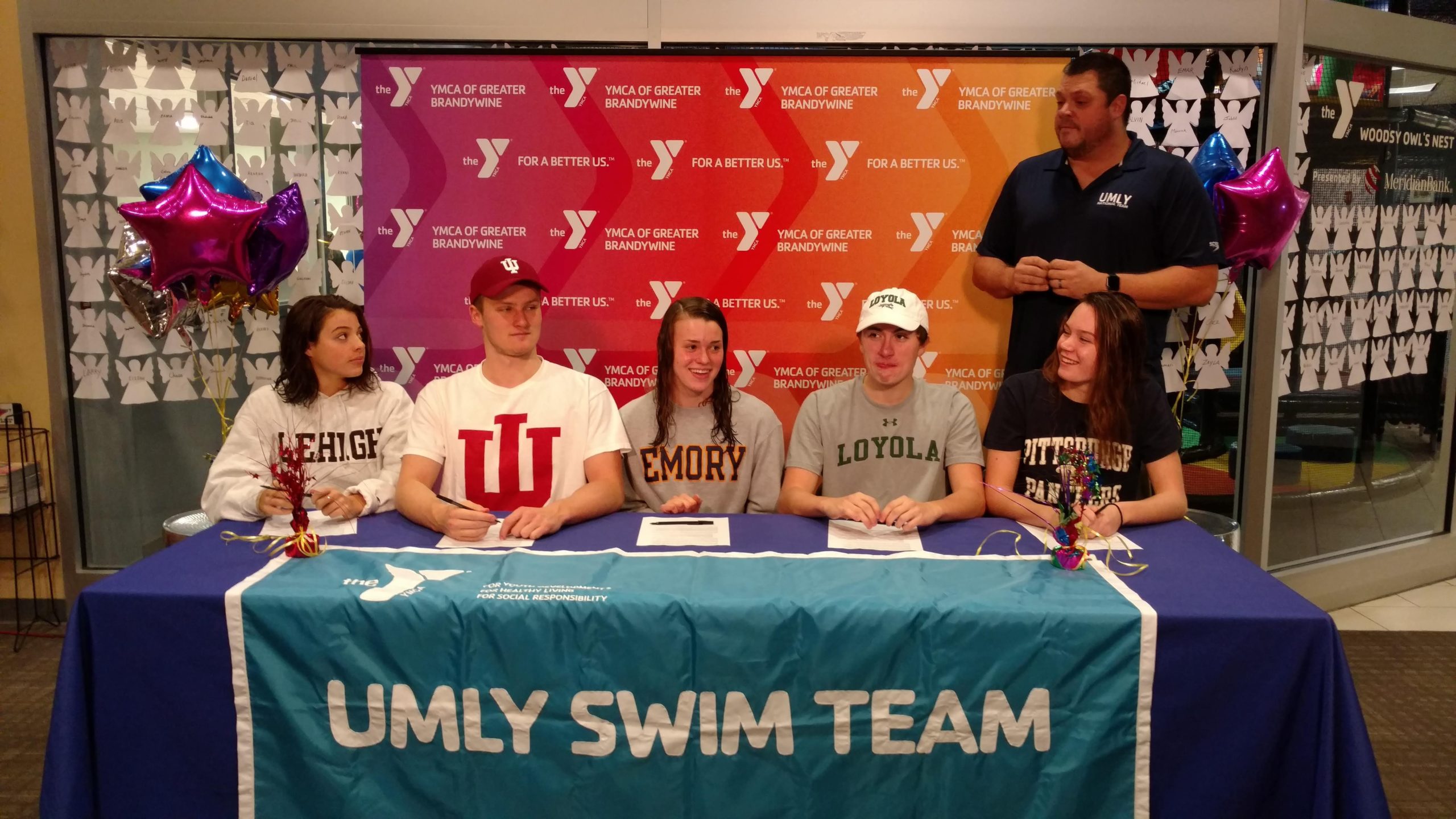 The swimming factory otherwise known as the Upper Main Line YMCA recently held a ceremony for its next crop of scholarship-caliber athletes, who signed their national letters of intent to continue their careers on the college level.

Included in this year’s group is Conestoga High School senior Brendan Burns, the top-ranked recruit in the country, according to Swimming World magazine and CollegeSwimming.com.

Burns will attend Indiana University, while Alex Marlow and Tommy Noone, also seniors at Conestoga, committed to Pittsburgh and Loyola (Md.), respectively.

All are products of a program that finished sixth out of 204 teams at the 2018 YMCA Short Course National Championships, held in early April in Greensboro, N.C.

“We have 270 swimmers in our program right now, and we start them at six years old,” said Louis Petto, who is in his fifth year as coach at UMLY after spending 12 years at the Ocean County YMCA in Toms River, N.J. “We have a comprehensive program. We’re methodical and stagger their progressions as they get older and increase their competitive opportunities.”

The swimmers at UMLY are a team, not just a collection of individuals.

“When he’s finished swimming,” Petto said of Burns, “he’ll never have to say ‘what if.’ He’s hyper-focused and is an extreme physical talent with the work ethic to match.”

“Burns is something,” Indiana coach Ray Looze told the Indiana Daily Student. “He’s really good in backstroke, fly, and freestyle as well. That was a big recruiting success.”