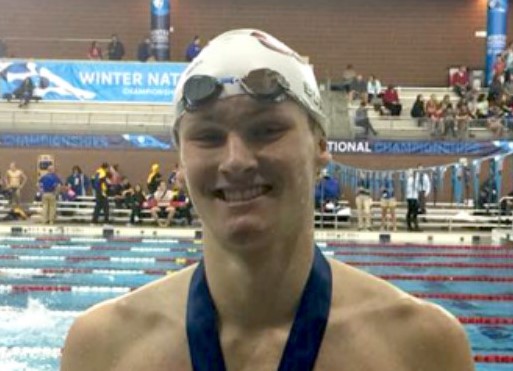 Led by Brendan Burns, a Conestoga High School junior who has drawn comparisons to Michael Phelps, a group of 24 swimmers represented the Upper Main Line YMCA at the 2018 YMCA Short Course National Championships in early April in Greensboro, N.C.

A total of 1,467 swimmers (ages 12-18) from 204 teams across the country competed at the Greensboro Aquatic Center. Team UMLY finished in sixth place in the combined standing for boys and girls, as 16 of its 24 swimmers qualified for the finals of their respective events.

At just 16 years old, Burns demonstrated why many people in the sport’s inner circle have pegged him to be America’s next great Olympian.

The Berwyn resident broke three YMCA national records – in the 100-yard butterfly, 200-yard butterfly, and 100-yard backstroke – and won the 200-yard backstroke. Also, he teamed up with Ben Doyle, Oliver Brown, and Owen Neuman to capture the 200-yard medley relay, and did likewise with Doyle, Carson Huff, and Kevin Ryle for victory in the 400-yard medley relay.

The youngster’s time in the 200-yard butterfly and 100-yard backstroke are second all-time in the United States in the 15-16 age group. And he already has four PIAA (Pennsylvania Interscholastic Athletic Association) titles under his belt, with one year left of high school.

Burns credits the unique training style of Team UMLY’s staff with helping him develop into the elite swimmer he is today.

“The coaches put a high focus on versatility and specifically making sure that you learn all of the strokes and do your best at all of them,” he said. “All of the strokes are related in one way with the way your body moves and your flexibility. We do a lot of threshold-based training, skill work, and speed work, and that’s helped me a lot.”

The other swimmers from Team UMLY to compete at the 2018 YMCA Short Course National Championships were:

Dr. James (Jamie) Krull, a Paoli physician who volunteers at UMLY, was named the YMCA National Swimming Coach of the Year.