Son of the ‘Invincible’ Charts His Own Path in Football 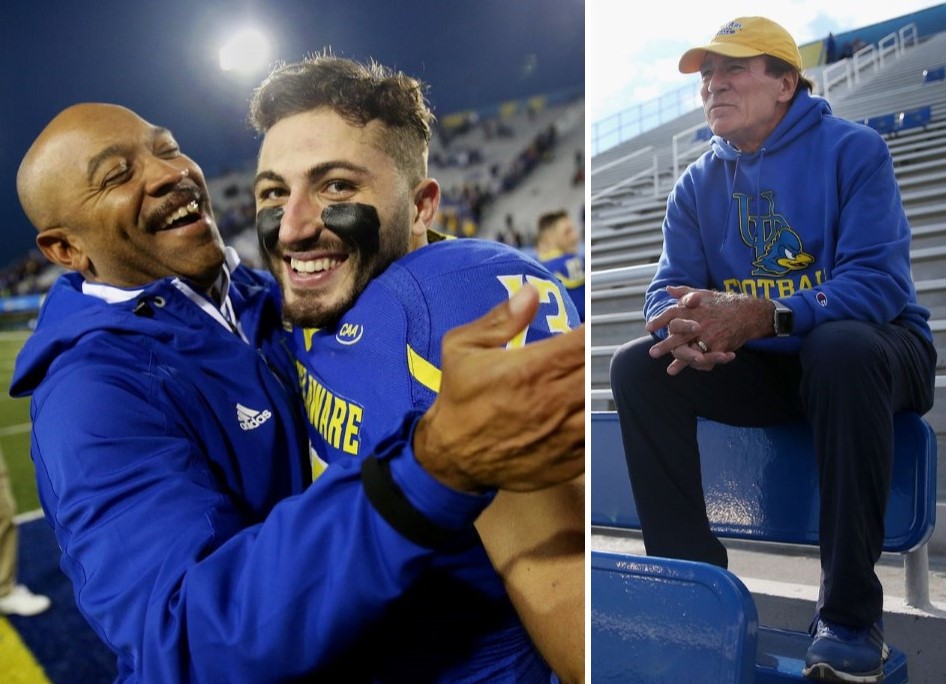 Vinny Papale – son of Glenolden native and Interboro High School graduate Vince Papale, whom Mark Wahlberg played on the big screen – is charting his own path in football as a wide receiver at the University of Delaware, writes Mike Jensen for the Philadelphia Inquirer.

Always cheered on by his father from the stands, Papale freely admits there are advantages and disadvantages to his father’s fame.

He hung out with Wahlberg on the set of Invincible when he was nine years old. The star actor portrayed his father, a special-teamer who made the Eagles despite never playing college football.

Once the movie came out, his father morphed into the Invincible guy.

“It’s sort of just the name,” said Vinny. “Everyone always has eyes on you. It definitely made me stronger.”

The younger player also found that people did not always want him to succeed out of jealousy. However, this never stopped him from embracing his last name.

His father echoed his sentiment.

Read more about Vinny Papale in the Philadelphia Inquirer by clicking here.