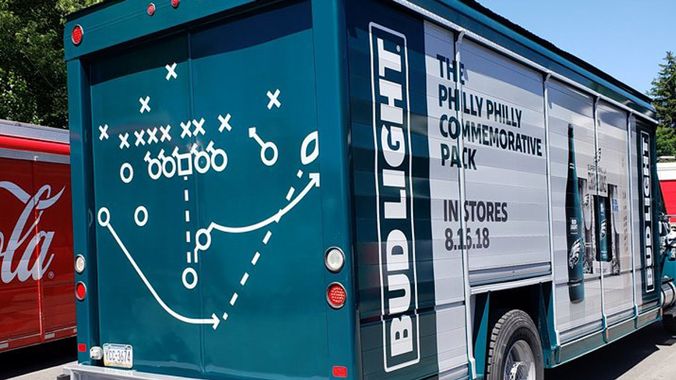 “Philly Special” – the trick football play that set up Nick Foles’s fourth-and-goal touchdown that helped the Philadelphia Eagles win Super Bowl LII – has been written about and talked about for months. Now, it has been memorialized on a Bud Light delivery truck, writes Danya Henninger for Billy Penn.

Bud Light bottles and cans bearing the Eagles’ logos across their fronts are slated to show up in stores on Aug. 16, the date the Eagles face the Patriots in a preseason game at Gillette Stadium in Foxboro, Mass.

The truck is now rolling through the streets of Philadelphia to the delight of Eagles fans.

Read more about the Philly Special truck from Billy Penn by clicking here.

DistributionWCU Alum Aligns Her Love of Tastykakes with Her 9-to-5October 2, 2018