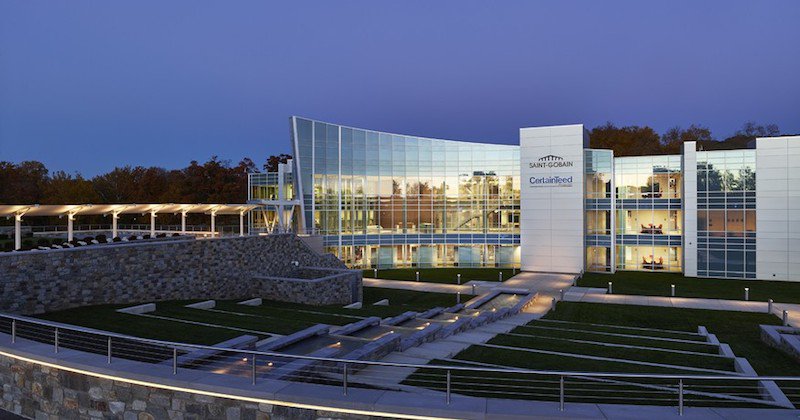 Saint-Gobain has released a first-of-its-kind study analyzing the experiences of the occupants at its new North American headquarters, before, during, and after the company’s move from Valley Forge to Malvern, according to a report from Facility Executive magazine.

The North American Headquarters Occupant Comfort Study was conducted in partnership with the University of Oregon’s High Performance Environments Lab in four phases over 36 months.

The study found that using a system-based approach to design can have a positive impact on the building’s overall ability to optimize comfort for its occupants.

It found that 56.4 percent of the staff reported an overall improvement in visual comfort, 43.3 percent a boost to acoustical comfort, and a 4.8 percent an increase in thermal comfort. Additionally, a whopping 91.6 percent reported they were feeling healthier due to the improved indoor air quality, with 38.9 percent feeling more productive.

“We determined there was no better way to study the impact of our sustainable building materials on overall occupant comfort than by transforming our own headquarters into a living laboratory,” said Tom Kinisky, Saint-Gobain’s President and CEO.

Read more about the study in Facility Executive magazine here, and check out previous VISTA Today coverage of Saint-Gobain here.