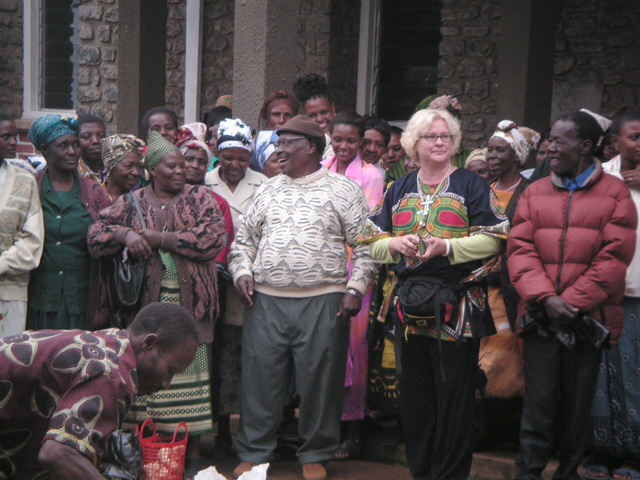 Sandra Knapp, a partner at the law firm of Gawthrop Greenwood, is shown here during a mission trip to Tanzania in 2007, in which she provided hope and healing through the Lutheran church missions in the impoverished regions of Tanzania. From its founding in 1904, Gawthrop Greenwood has upheld a rich tradition of giving back to communities in the Chester County region and beyond.

Sandra Knapp is a partner at the law firm of Gawthrop Greenwood, PC, where she blazed a trail for other female attorneys across the region by becoming the first woman in Chester County to be elected to manage a mid- to large-sized law firm. Sandra is also a nationally recognized leader in transportation law and a respected legal innovator in the maritime industry.

She spoke with VISTA Today about growing up as the daughter of immigrants, being in one of the first classes to include female students at Lehigh University, and becoming an attorney and a working mother at a time when maternity policies were less common.

Where did you grow up, Sandy? 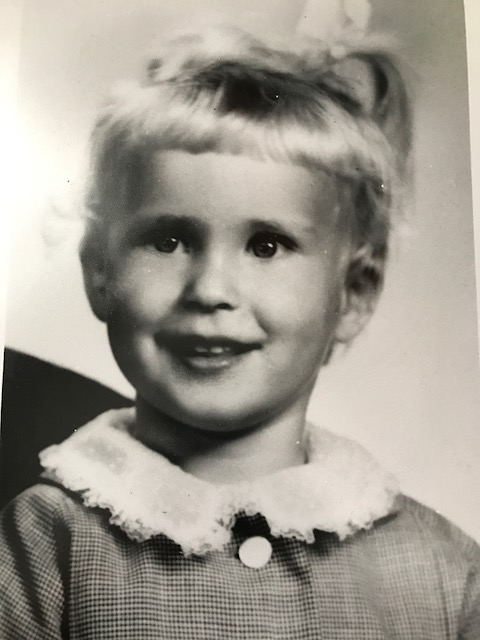 I was born, the second of two children, near the Olney Park section of Philadelphia.  When I was five years old, my parents moved to Huntingdon Valley in Montgomery County. My father was a dentist and my mother served as the receptionist in his office.

Both of my parents emigrated to the United States from Bremen in Northern Germany. My father emigrated around 1950 to attend college at Muhlenberg and dental school at Temple, my mother followed a few years later.

Both of your parents lived through World War II?

Yes, they were both teenagers. My father’s brother was killed on the Russian front. Like most people who lived through the war, they didn’t like talking about it.  They would speak about their experiences, but only when asked.

What memories do you have of growing up in Huntingdon Valley?

A big part of our lives was the German-American cultural experience.  My first language was German, we went to a German church and belonged to a German-American club. There was an international flavor to the way I grew up, and that has definitely influenced my career choices that focus on maritime law and the transportation industry including rail, highway and air. Many of my clients are involved in international transactions.

What sports did you play?

My parents met playing sports, so athletics were a big thing in our family. In high school I played field hockey, basketball and tennis, and I played forward on my college basketball team for one season. I preferred team sports, all working toward a common goal. 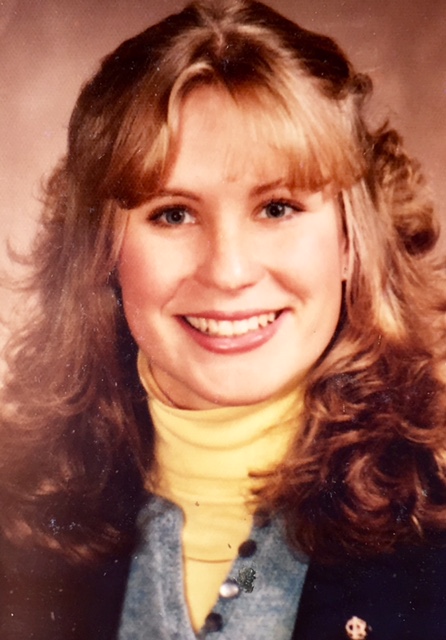 What jobs did you have in high school?

I was a life guard at the German club we belonged to and also helped my dad in his dental office.  That’s when I figured out I did not want to go into a medical profession and needed to forge my own path.

What lessons did you learn from those experiences that stay with you today?

Those experiences, as well as my interest in sports, showed me that people who can work in teams are the most successful. They know the value of all pulling in the same direction, and that great leaders get people to pull in the same direction. Win, lose or draw, you’re in it together. That has definitely shaped my leadership style as the first woman managing partner at Gawthrop Greenwood, as well as current head of the Business & Real Estate Law Department.

How did you decide what college to go to?

Back then, you didn’t apply to 10 schools like kids these days do.   I was accepted into my top choices and had to decide between Georgetown or Lehigh. I decided to go to Lehigh in part because they had a great business school. Lehigh had been an all men’s school, and I was in one of the first classes with women in it, with a 4-to-1 ratio of men to women. 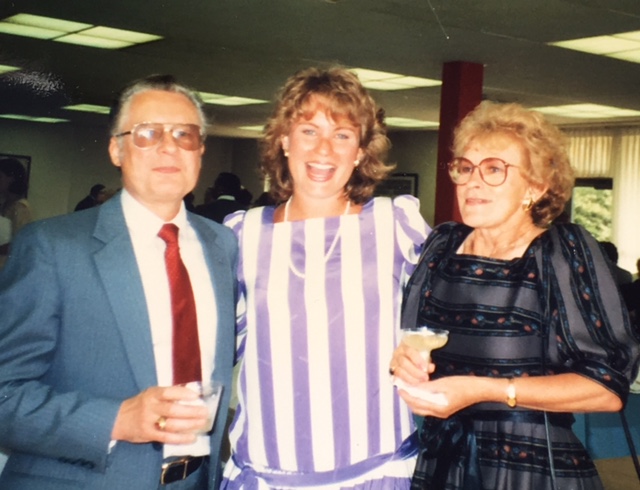 Sandy with her parents.

It was good for my career since the ratio got me acclimated to the business and legal world, which were both dominated by men in the 1980s when I graduated. I learned how to feel comfortable around so many men, how to speak up and be heard.

Lehigh was a good experience for you then?

Definitely. I was an early member of one of the school’s first sororities and became the president of the sorority.

What did you do after college?

I took a finance job in Cincinnati with Proctor & Gamble.  I thought I might want to go back for a joint MBA/law degree. One of my supervisors told me my experience at P&G was the equivalent to an MBA and suggested I focus exclusively on getting a law degree.  For whatever reason, I had a sense of urgency to taking that next step, thinking that it was either now or never. I took my supervisor’s advice and enrolled in Villanova’s law school after working at P&G for two years.

How did you get from Villanova to Gawthrop Greenwood?

My first job out of law school in 1986 was with a medium-size Philadelphia firm called Krusen Evans & Byrne. There were very few women at the firm.  I believe I was the first lawyer at the firm to become pregnant.  There was no maternity policy in place and we had to create a policy.  The other lawyers were great about it, and I learned that if you’re valuable to an organization, they’ll do their best to work through any situation for you – even uncharted territory!

Next, I joined the Philadelphia office of Fox Rothschild, a much bigger firm. Eventually I migrated to Fox’s Exton office because I had been living in Chester County since I got married and we purchased our first home there.

I often dreamed of having my own firm and business.  My mother, who was battling cancer, told me to stop talking about opening up my own firm and just do it! I found a building for sale on Route 113 in Chester Springs and  bought it.  Michael Merlie, who later joined me at Gawthrop Greenwood, and Jerry McConomy were partners with me at our firm Knapp McConomy Merlie LLP.   It worked out great.

Then when Jerry McConomy died in a drowning accident, Mike and I did a little soul searching. We had been approached by several firms over the years, and felt Gawthrop Greenwood, with its attention to personal service, was the best fit for us. We joined the firm in 2009, where I pioneered the firm’s annual Women’s Networking Event and became the first woman in Chester County to be elected to manage a mid- to large-sized law firm.

What are you focused on this year, Sandy?

I am chair of Gawthrop’s Business and Real Estate Law Department, which is expanding beyond our offices in West Chester to Wilmington, due to client demand. I also sit on the firm’s management committee. I’m also focused on continuing to build the firm’s transportation law practice, which is thriving as the economy grows with renewed emphasis on infrastructure improvements.

Lawyers frequently speak about how competitive the market for legal services has become in the last 10 to 20 years.  Have you experienced that as well?

While the industry is competitive, I have been blessed with great clients who have been very loyal to both me and Gawthrop Greenwood. I believe clients hire lawyers and not just law firms.  My clients are situated all over the United States, so I’m often working on the other side of lawyers from many different firms in New Orleans, Houston, New York, etc.

Why are clients loyal to you, Sandy?

My firm is known for being extremely responsive and personalized to our clients’ needs. My deep knowledge of maritime, transportation and business law is also a major reason clients remain loyal. I met one large client when I was on the opposite side of a deal.  After the deal closed, the in-house lawyer called to tell me he needed me on their side of the table next time, which was very complimentary.

What are you focused on outside of work?

Now that our kids are grown, I feel like I have more time to do the things I want to do. I serve on the YMCA of Greater Brandywine’s Board of Directors and have always been involved in nonprofits.  I have been on mission trips with my church to Tanzania and hope to do more mission trips going forward.

I’m an active skier, an avid reader and like going to the movies.

What kind of books do you like to read?

I like reading fun books like thrillers by David Balducci or James Patterson as well as nonfiction books. I started reading Charles Krauthammer’s book, Things That Matter a couple of weeks ago.  Each chapter is one of his newspaper columns and, therefore, very short. It’s easy to put the book down and pick it up again.

Finally, Sandy, what is the best piece of advice you ever received?

The best piece of advice came from my mother, who was the classic German mother. She had a strong personality, and I always knew where she stood. She always told me to be true to myself, don’t compromise and I would be successful. I’ve seen that over and over again in my own life as I’ve made decisions or taken positions, followed through and done well. She taught me to stick with your principles, and people will both trust and respect you for it.