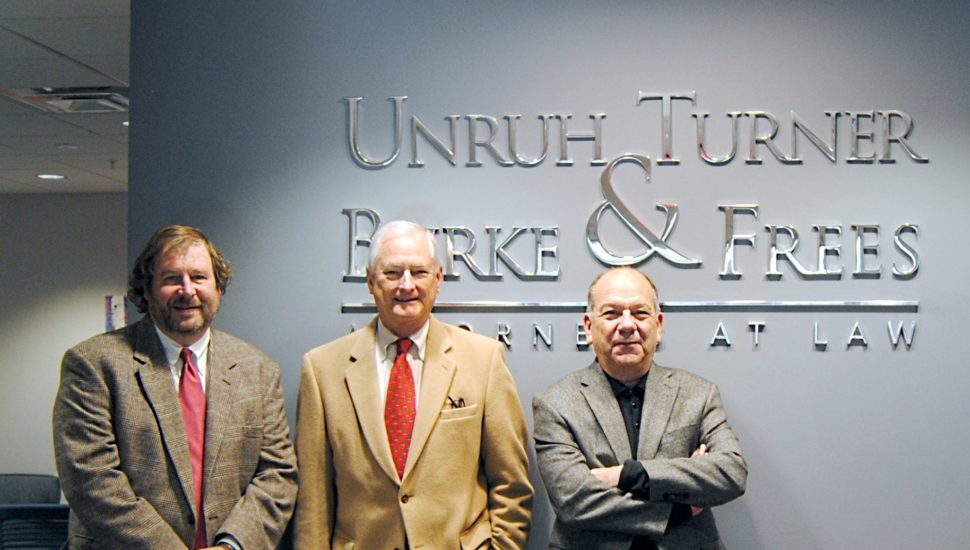 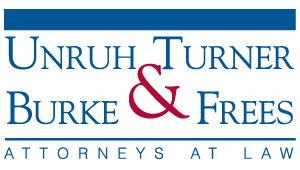 In 1990, after developing a thriving practice and earning a reputation for his excellent legal work and integrity, Ross Unruh was ready for a new challenge.

He got the idea of starting his own firm based on the high professional standards he had set for himself and a laser-like focus on the quality of legal work.

When David Frees joined the ranks in 1995, the practice expanded to estate and trust planning and administration, and the name was changed to Unruh Turner Burke & Frees to accommodate his presence.

The firm continued to grow, and is now the professional home to more than 20 lawyers. UTBF still focuses on the practice areas it was founded upon, and its attorneys continue to share Unruh’s belief in producing legal work of the highest caliber.

However, the firm has expanded its practice to better serve its clients in areas such as government, creditor’s rights, banking, taxation, labor and employment law, and non-profit organizations.

Now, after shepherding UTBF through a quarter-century of success, Unruh and his fellow founding fathers, as well as their colleagues, are celebrating the firm’s silver anniversary. As part of that celebration, the firm embarked on a renovation of its office space, which just wrapped up in September. The renovation of UTBF’s West Chester office on West Gay Street reflects the future of the firm as it starts its next 25 years.

“The timing of the renovation worked out well because the firm started with three partners in a small office suite, and as we took on additional space, we were dispersed throughout the building,” said Susan Ondeck, the Firm Administrator.

Unruh, who graduated from Vanderbilt Law School during the 1970s, said that he “didn’t have anything to do with the renovations, because they’re not for me. We let the younger attorneys handle everything because this will be their future home.”

After a year of planning and seven months of construction, the firm now has more of an open layout, with a collaborative feel.

One of the first things visitors notice is the artwork adorning the walls. Each piece is the product of the firm’s partnership with Fresh Artists, a nonprofit in Philadelphia that fulfills a real business need while raising funds for future art-making in under-resourced schools.

Fresh Artists takes art from schools in which 70-100 percent of their students qualify for free or reduced-priced lunch, a common delineator of poverty. These schools experience severe funding cuts, and art programs are often the first to be eliminated. The corporate art program at Fresh Artists introduces these students’ creative brilliance to thousands of people who value their contributions.

Fresh Artists solicits donations from clients like UTBF for the art, and the funds generated support the wide distribution of art supplies and programs to these cash-strapped schools.

The art has undoubtedly transformed UTBF’s office into a warm, inviting, colorful space, but it is also part of the firm’s commitment to give back to the community.

Ondeck also noted that the firm has a long history of representing school districts in the area, and partnering with Fresh Artists “gives us a great feeling, knowing that we’re giving back to the education system, and helping to save art in the public schools that need it.”

Now, the décor at UTBF is as vibrant as its attorneys’ resumes. Eight of the firm’s attorneys were recognized as 2016 Pennsylvania Super Lawyers, a designation that utilizes a multi-phase selection process that involves peer nomination, independent research, and peer evaluation. Each year, only five percent of the state’s attorneys receive the Super Lawyers honor.

In addition to Unruh, Turner, and Burke, the others who earned the distinction this year are Brian Boreman, John Fiorillo, Stephen Lagoy, Andrew Rau, and Thomas Wilson.

One of the firm’s attorneys – Amanda Sundquist – was named a 2016 Pennsylvania Rising Star. Rising Stars are 40 years old or under, and have been practicing for 10 years or less. No more than 2.5 percent of lawyers in Pennsylvania receive the honor.

With the renovated space and a group of committed and experienced attorneys who share Unruh’s vision for the practice of law, Unruh Turner Burke & Frees is primed and ready to continue providing exceptional legal representation to its clients for the next 25 years.