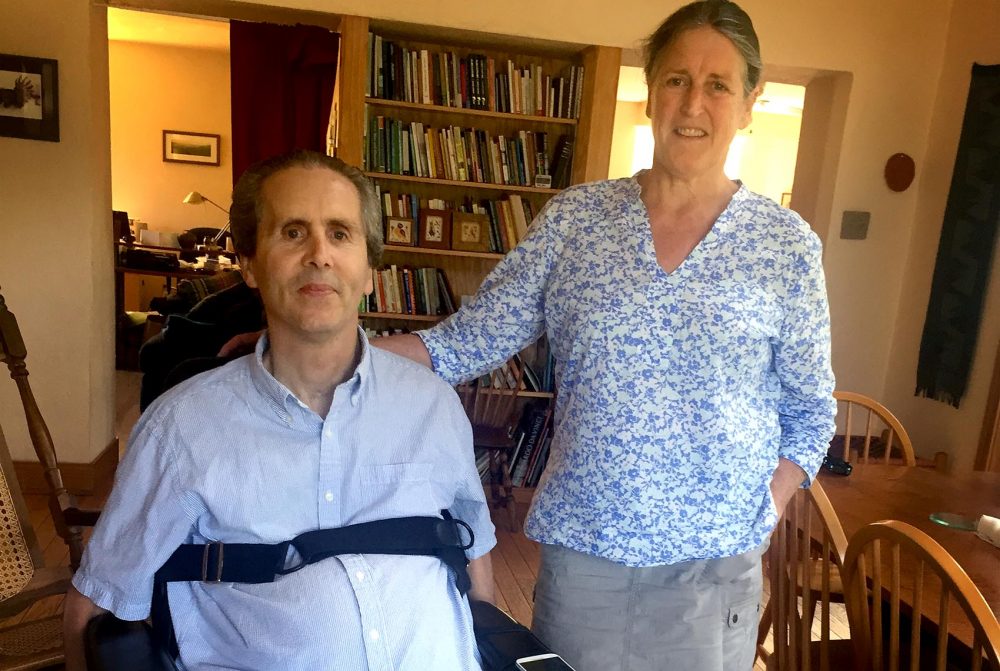 In an instant 16 years ago, life changed drastically for Kimberton farmer David Griffiths. Today the paralyzed survivor and his family pass along the 420-acre biodynamic Seven Stars dairy farm that represents the best and worst of life to a new family and generation — and the ever-present reminder of the danger inherent in farming transfers with it.

Griffiths became a quadriplegic during a hay bale accident on his Seven Stars Farm, best known for its organic yogurt production, according to a Here & Now feature by Robin Young.

The August alfalfa and grass had just been cut and baled, and Griffiths was trying out new round bale technology when one of the bales broke free from its loading attachment and rolled down the arms of the front-end loader, crushing him.

“It was like I’d been hit by an electric voltage and everything, my nervous system, just stopped working,” he said in the interview. “I found myself face down between my legs, and I knew instantly what had happened. … I knew I had broken my neck; I knew I was paralyzed. All I could do was duck my head and my body as this 600-pound bale went over me.”

Farm safety technology has come a long way from those vintage 1960s John Deere tractors without roll protection, but dangers remain when working with animals, PTOs, grain and silo gas.

“There are so many different ways to get injured on a farm,” he said.