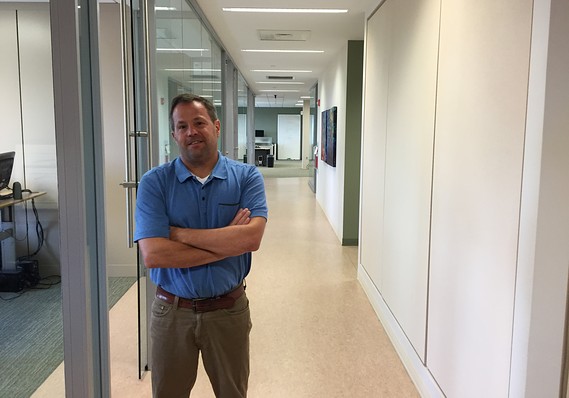 In the wake of reports that Credit Suisse is expected to pay a hefty sum of tens of millions of dollars in a settlement with the US Securities and Exchange Commission, Rich Gates–the founder of fund manager TFS Capital and West Chester resident–said that he expects to apply for a whistleblower reward after the penalty is announced.

Credit Suisse may be out over $80 million as it be required to pay more than $50 million in fines and payments to the SEC as well as an additional $30 million to the New York Attorney General over allegations of wrongdoing in the operation of its ‘dark pool’.

If the SEC suit turns out to be along the lines of the complaints Gates made, he will be able to submit a claim which could net him a substantial payday. The award for whistleblowers can range between 10% and 30% of a fine meaning he could be awarded anywhere from $5 million to $15 million.

Described in the popular Michael Lewis’ book “Flash Boys” as well as in the pages of the Wall Street Journal, Gates developed tests of buying and selling the same security in numerous dark pools or exchanges to see if anyone was getting in front of client’s trades.

According to the book, Credit Suisse’s dark pool, was among the venues where Gates believed the investors in his mutual funds were losing money as a result of what is dubbed latency arbitrage, or the practive of taking advantage of slight delays in price dissemination.

However, Gates’s West Chester based company, TFS Capital, is now a client of Credit Suisse’s Crossfinder.

“The equity market structure has continued to improve in recent years,” Gates stated, believing it is a result of the work that he and others have done. “The SEC and other regulators have been dialed into this issue for a while now, trying to make the market fair for all participants.”

Interestingly, as Gates might be applying for a reward from one arm of the government, he is fending off another. Powhatan Energy Fund, a separate firm he is involved with, is being sued by the Federal Energy Regulation Commission, for allegedly manipulating the power market.

“There’s an amazing parallel between these two unique market problems,” Gates notes. “In the stock market, high-frequency traders were given special benefits that enabled them to make money. And in the wholesale power markets, I believe incumbent utilities receive preferential treatment. Neither market has been too kind to outsiders like me. The only difference is that the SEC has been trying to remove the imbalances in its markets whereas FERC seems to favor and promote markets where these biases exist.”

InvestmentsWiser Wealth: How a Delaware Statutory Trust Can Help with Your Retirement PlansJuly 15, 2021

InvestmentsWiser Wealth: How to Use Investment Real Estate to Prepare for Your RetirementJuly 7, 2021

InvestmentsWiser Wealth: With Taxes on Capital Gains Expected to Increase What Should You Do to Prepare?June 23, 2021
Tags: Credit Suisse, FERC, Powhatan Energy Fund, Rich Gates, SEC