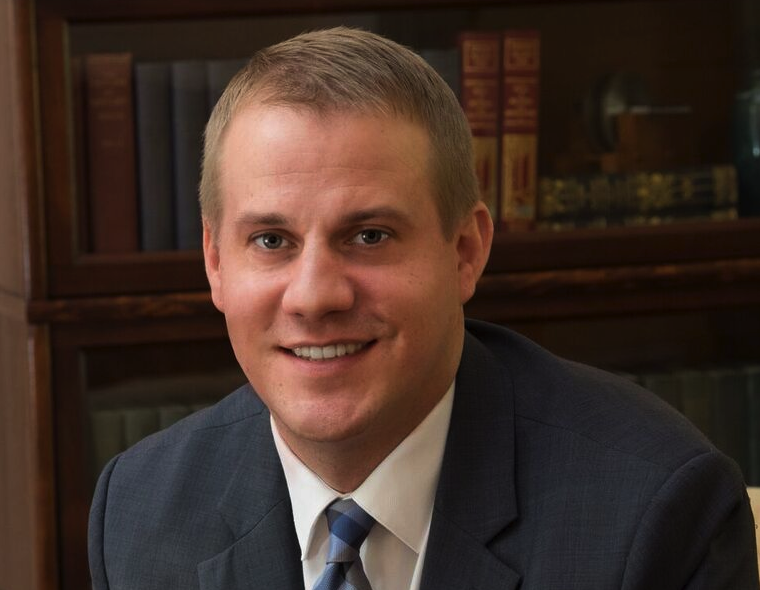 In this week’s edition of Chester County Leadership, VISTA Today asks Brian McGinnis, Chairman of the Chester County Democratic Committee about growing up in West Chester, attending all but one year of school in the borough, the lessons he learned working for his father, collecting trash and working the meat counter at the West Goshen Acme, becoming a Union Steward and his immersion into politics in his twenty’s and how the interpersonal skills honed at work help him marshal the energy and passion of Chester County’s Democrats.

Where did you grow up Brian?

I was born in Scranton but moved to West Chester in 1985 when I was five. My father started a wholesale and retail newspaper distribution business and that’s what brought us to Chester County. My mother got a job as nurse at Chester County Hospital where she has been there ever since. What memories do you have of growing up in West Chester?

I remember walking through town, getting a pizza at Benny’s Pizza on half-days and playing basketball at Marshall Square Park. I got to know a lot people because I practically grew up in the West Chester Borough. When I was at Shanahan, our baseball field was at Hoopes Park Field, one of the best fields in the league at the time in the old S.C.C.L.

What sports did you play in high school? McGinnis pitching at Bishop Shanahan High School in the Spring of 1998.

I was on Shanahan’s baseball and basketball teams. I liked baseball more and ending up sticking with it. At the time, even though Shanahan was a small school, we had a really good baseball team. I was the pitcher and played Varsity my junior and senior year. We ended up winning the district championship my junior year and losing it my senior year.

My best memory of playing baseball is when I had a no-hitter against Oxford in the sixth inning. I gave up a blooper between myself and the first baseman. We both hesitated and batter barely beat it out. I think back now and laugh on how simple of a play it was to make but we just couldn’t make it.

Did you have any jobs in high school & college?

Working has always been a big part of my life. On weekends, when I was 10 years old, I helped my dad with his newspaper business.

While I was in college, I worked full-time and went to school full time. During my Sophomore year in college, I wanted to do something different and I got a job for the Borough of West Chester Public Works Department. I worked on the back of a trash truck for the majority of that summer. That fall I got a job in the meat and deli department at the Acme in West Goshen. I worked there after I graduated college. While at Acme, I was a member of the United Food & Commercials Worker’s Union and even became a shop steward.

What lessons from those early jobs stay with you today?

When working for my Dad, I learned what he went through on a daily basis. I saw the world through his eyes and just how difficult it is out there to work and raise a family. To this day he gets up every morning at 4:30 to delivery the newspapers on time.

As a trash collector, I learned humility. I went to parts of West Chester I normally wouldn’t go to. It was hot and smelly, I had to wash my clothes and take a ½ hour showers at the end of every day. Midway through the summer I realized there were a lot worse jobs than collecting trash in West Chester. Even though I was exhausted when I got home, it ended up being a great workout.

From my Acme job, I learned about being responsible, and the value of a dollar. I realized other people were depending on me to do my job. I was a member of a union so my wages and benefits were far better than the rest of my friends while I was in college.

In all, I learned more working with my father, collecting trash, and working behind the deli counter than I did from any professor’s lecture or any test that I had every took. It’s not a knock on my education because I received a great education. It’s more about the human experience and learning from others.

After high school, you ended up at West Chester. Did you look at other schools?

Did West Chester turn out to be a better fit for you?

Yes, West Chester is where I really began to blossom and grow. Interacting with a diverse group of people gave me a great opportunity to learn and grow. My experience at West Chester taught me to look at the world and people differently.

How did you get involved in politics?

When I was a young boy, my mom and I would read short stories about history. A lot of those stories were about political leaders such as J.F.K. and F.D.R. I fell in love with history at a young age because of my mom. Recently, a good friend of mine told me that I should write down my goals. Well, in the first grade at St. Agnes, I put in my time capsule that I wanted to visit the Alamo and become a politician. I remember my first presidential election was the 1988 election. I was eight years old, on vacation, and I watched the entire Democratic National Convention. That is when the conventions were in July.

In my teenage years, however, I was mainly concerned with playing sports. That all changed on the way home from my job collecting trash in the summer of 2000 when one of my coworkers asked me what I thought of the presidential election. For some reason, his question spurred my interest, and I registered to vote a few weeks later. In 2004, I was still working at Acme even after I had graduated from college. Pat Splane, an Acme shopper who was a member of the Chester County Democratic Executive Committee, started talking to me. Eventually the conversation moved to politics.

Next thing you know I was working part-time dropping off literature and making phone calls for Senator Kerry’s presidential campaign. I became a committee person after the election and then, with a group of other people formed the West Goshen Democrats. In 2009, I moved to East Bradford and eventually became chair of the East Bradford Democrats.

After the 2012 election people started talking to me about becoming chair of the Chester County party. There was a lot of discord in the county party at the time. Using a combination of my political skills I had learned leading the party in West Goshen and East Bradford, and business skills I had learned at work, I was able to bring the party together and get them focused on the main goal, winning elections.

What business skills did you use to bring your party together?

The approach at work is everyone has the ability to make changes. As a result, we’ve seen a lot of positive changes. Within the party, I wanted party members who had previously been shut out or silenced, to feel like they could speak up and that their opinions and perspectives were valued.

Just because I have an idea doesn’t make it the best idea and just because they have an idea doesn’t make it a bad idea. Rather getting everyone’s perspective out in the open and using all that information to solve problems and make changes made the difference. For the first time in our county party’s history, we are able to hire and executive director to run the day to day operations of the party.

That’s easy to say, but not always easy to do in a political setting where passions and opinions are so strong. There are a lot of different personalities and opinions at play. As long as we conduct ourselves in a respectable manner within the party and in our communities, we’re going to grow. At the end of the day, the Democratic Party is a volunteer organization. Everyone needs to be treated with dignity and respect.

Looking forward, what are your party’s greatest challenges?

Going forward our biggest challenge is increasing voter turnout in non-presidential election years. If recent history is any indication, we Democrats turn out in big numbers during presidential elections but not so much in so-called off-year elections. We have a million more Democrats in Pennsylvania but are in a minority in both the Pennsylvania House and Senate. We need to make sure our Democrats are voting every year. When Democrats don’t vote, we get a lopsided House and Senate minorities in Harrisburg and unfavorably gerrymandered districts.

The good news is as Chester County’s population grows and become more diverse, we’re doing better. People in the county are passionate about education and don’t want to see education funding cut. Education is an issue we own.

What is the greatest piece of advice you ever received, Brian?

My dad told me when I was a kid, there’s no such word as can’t. I thought of his advice often when I was running for county chair. I was the underdog in the race. Whenever I met with committee people or made a presentation, I kept thinking about what my dad had told me. He knew I could win and so did I. Today, when people tell me I can’t do something, I ask, ‘why not’? His advice was good for me and anyone else trying to do great things with their life.