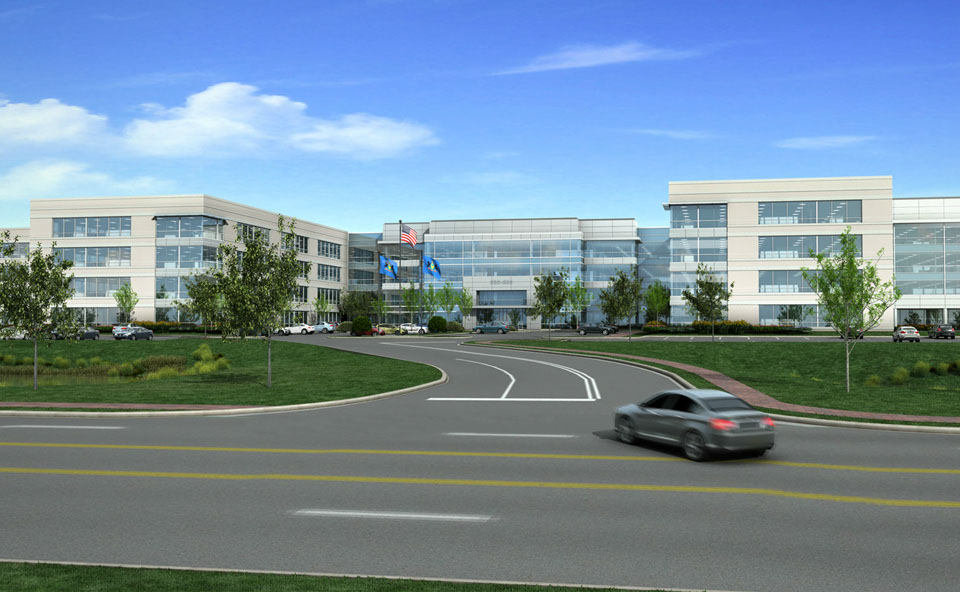 CrossPoint at Valley Forge has been bought by KBS Real Estate Investment Trust III for $89.5 million.

Our Business Briefs are short summaries of what’s going in Chester County’s thriving community of professionals. This morning: A year after it went through a complete renovation and achieved full tenancy, the 272,360-square-foot office building at CrossPoint at Valley Forge has been bought by KBS Real Estate Investment Trust III for $89.5 million.

This is the second purchase by California-based KBS in the last 18 months, as it looks to expand in the suburban Philadelphia office submarket. KBS snapped up 1000 Continental Drive in February last year for $64 million less than a mile away from Crosspoint.

“We believe that the property’s central location near a growing amenity base will have a positive impact on the tenants of CrossPoint at Valley Forge,” said Marc DeLuca, KBS regional president. “We also believe that this node on the Wayne/King of Prussia border is becoming an incredibly attractive live, work, and play community that will contribute to the path of growth for the property.” Pastva joins Archer to implement his extensive financial knowledge from his numerous leadership roles in finance at Aramark, before he moved on to lead Seamless’ financial and administrative growth.

With offices in Berwyn, Archer is responsible for more than $1 trillion in client assets and is a technology and services innovator for the investment management industry, with services ranging from corporate financial planning to acquisitions and investment policy.

“As we continue our strong growth, complexity naturally increases and requires a ‘C-level’ executive who can focus on the financial and operational aspects of our business,” said Bryan J. Dori, CEO and President of Archer “The addition of Ted as chief financial officer provides additional financial oversight in support of our board of directors.”

As a result of the deal, Diffinity Genomics, which develops DNA purification technology for equipment used in genomics research and molecular diagnostics will become a new business unit of Chiral Technologies.

Diffinity was awarded a patent for its technology earlier this year and while the long-term location of the business still remains unknown and no financial terms have been disclosed, it will remain in the Rochester area for at least the next year.

Diffinity Genomics CEO Joseph Marasco, who plans to leave the firm after the deal to pursue other interests, expressed his enthusiasm. “We are very pleased to become part of Chiral Technologies. We are confident that this is an ideal fit with Chiral Technologies as a multinational development partner to commercialize Diffinity’s unique technologies.” The Bay Colony Executive Park on Swedesford Road in Wayne.

Despite this being close to $10 million less than what the Trust paid when acquiring it twelve years ago, Brandywine will still make around half a million dollar gain on the sale according to its SEC filing.

The acquisition of the four-building, 247,294-square-foot campus which was 88 percent occupied at the time of the purchase and expecting several new tenants in 2016, was made on behalf of BPG Investment Partnership IX, a discretionary fund managed by Equus.

The company is planning to invest at least $6 million in renovating the buildings before Shire Pharmaceuticals moves out and new tenants such as Comcast and Deacom move in.