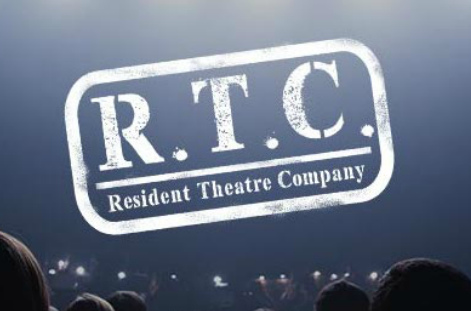 Posted By: Lance KnickerbockerPosted date: May 30, 2015

I moved to West Chester 3 years ago after spending over 20 years working in professional theatre in NYC as an actor and then director. I toured America, Europe, worked off Broadway and on Broadway, and in regional theatres all over the country. What really struck me about these regional theatres is that they were all producing professional theatre outside of New York, bringing in artists from all different markets, and each one had a strong community of supporters that understood the importance of live theatre, and were so happy to have it in their town. Plans for restoring the Armory Building in West Chester

So when I moved to West Chester in 2012, I was looking for this kind of community, and was lucky enough to meet some of the board members of The Uptown! Entertainment Alliance who are buying the Armory on High St., and renovating it into a state of the art 350-seat theatre. The Armory has always housed a National Guard Unit, but when we walked into the building it was as if it was designed to be a theatre. Uptown asked if I would create a theatre company that would be it’s own organization, and produce live theatre in The Armory as the resident company, and I agreed. That’s when The Resident Theatre Company (RTC) was born.

We knew right away that West Chester was a perfect place for a Company like this because of our proximity to major theatre markets like New York and Philly, and decided that we would bring in professional actors and designers from New York, DC and Philly and mix them with local professionals to create really high-quality theatre. This way a night that used to include a long drive to NYC, parking in an expensive lot, and over $100 tickets to see professional theatre, would now just be a trip to downtown West Chester, dinner at one of the amazing WC restaurants, a walk over to The Armory, and affordable tickets to see a professional musical or play. From the “Next To Normal” production directed by Mitchell at the Cape Rep Theatre.

Once The Armory is open in 2016 we plan to produce 3 main stage shows in the first season and grow to 5 in the first few years. But you don’t have to wait until 2016 to see professional theatre in West Chester! Come to our Fundraiser/Launch Party this Friday, May 29th at The Ballroom at Westside and see 5 New York singers perform excerpts of some of Broadway’s best shows! At the after party you’ll have a chance to meet the performers and the artistic staff of Resident Theatre Company and find out more about The Company while you listen to local musicians and eat small bites from local West Chester Restaurants.

We’re so excited for this first RTC event because our goal for the next year is to not just to raise the money for our first season, but also use RTC to find local theatre people; and not just actors, designers, and musicians but also people who are excited to be a part of a new artistic community, where they feel like they have access to the artists, and are part of something creative, and inclusive and new.

Come out and help bring professional theatre to West Chester!

Join us this Friday: Where:
The Ballroom at the Westside
430 Hannum Ave.
West Chester, PA

When:
Doors open at 7, Show starts at 8, after party starting at 9

Parking:
There is a small lower and large upper lot right at Westside. Kristin spent over 2 decades as an actress then director/choreographer in NYC before moving to West Chester, PA in 2013. Recently she assistant directed the Broadway Revival of Lend Me a Tenor, directed by Stanley Tucci, receiving critical acclaim for the “curtain call” of Tenor which she staged and directed, (3 Tony nominations including Best Revival of a Play), directed The Incredibly Deaf Musical at The Duke Theatre in NYC as part of NYMTF, Ave. Q at The Geva Theatre (winner Best of Rochester 2012), Spamalot and Next to Normal (winner 10 Best shows of Cape Cod 2013) at The Cape Rep Theatre, Lydia (world première, NYC), and The Last 5 Years for The Heritage Theatre Company. As an actor Kristin performed in over 20 countries worldwide. She has been lucky enough to work with many inspiring actors including Justin Bartha, Tony Shalhoub, Anthony LaPaglia, Paul Rudd, Spiro Malas, Jan Maxwell and Nicole Kidman.

Kristin is also the founder of Artists for Elephants, a not-for-profit organization that protects elephants in Thailand. She earned a degree in musical theatre from Emerson College, and studied conservation biology with a fellowship at Columbia University’s CREC Graduate School.