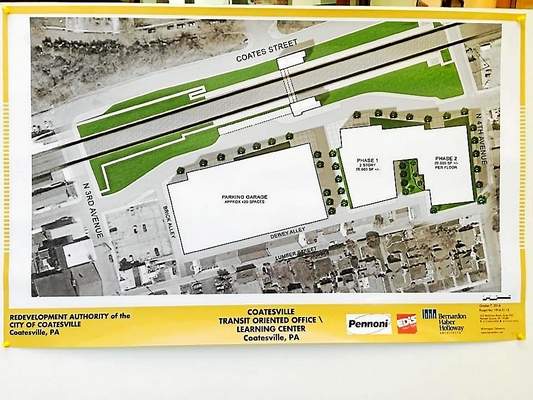 A visual depiction of the proposed new Coatesville train station and career training and education center released last week adds to the excitement about future development in a city in need of revitalization.

A streetscape, exterior renderings and an interior layout are all part of the latest announcement by the Coatesville Redevelopment Authority. They feature “a two-floor design with space for meeting rooms, public transit space, office space, a waiting area and bathrooms,” plus a 420-vehicle parking garage, to be built in two phases, according to a Daily Local News report.

The city expects to receive feedback from community members about the career training and education center during a second public forum that has yet to be scheduled.

Meanwhile, the Pennsylvania Department of Transportation still hasn’t set a timeline for moving the $20 million dream closer to reality.

See the graphic renderings of the proposed new Coatesville train station and training center in the Daily Local News here.