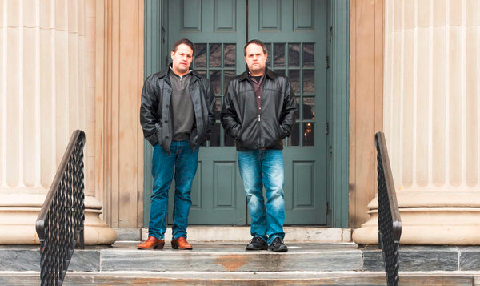 West Chester investment managers Richard and Kevin Gates of Powhatan Energy Fund have gained the voice of a U.S. senator in their scrutiny of Federal Energy Regulatory Commission enforcement practices — but only after he and other top elected officials promoted FERC’s chief investigator to the agency’s highest position.

The after-the-fact due diligence comes from Pennsylvania Democrat Robert Casey, whose “veiled questions fit complaints against FERC by two of Casey’s constitutents, Richard and Kevin Gates, … who have alleged, in a public campaign laying out their complaints (and hiring ex-FERC experts) at their website ferclitigation.com (see Casey’s letter there too), that FERC under (now-chairman Norman) Bay has been relentlessly investigating them for energy trades designed to reap millions in market trading compensation payments at a time when such trades weren’t illegal,” Philly.com reported.

Read more about Casey’s request for a review of Bay’s agency on Philly.com here.

Investments10 New Years Resolutions to Spend Less and Save MoreJanuary 14, 2021

InvestmentsVanguard Plans to Press Companies on Racial, Gender Diversity of Their Boards Next YearJanuary 4, 2021