Thanks to Generous Donation, Ralston House at Bryn Coed Preserve in Chester Springs to Undergo Restoration 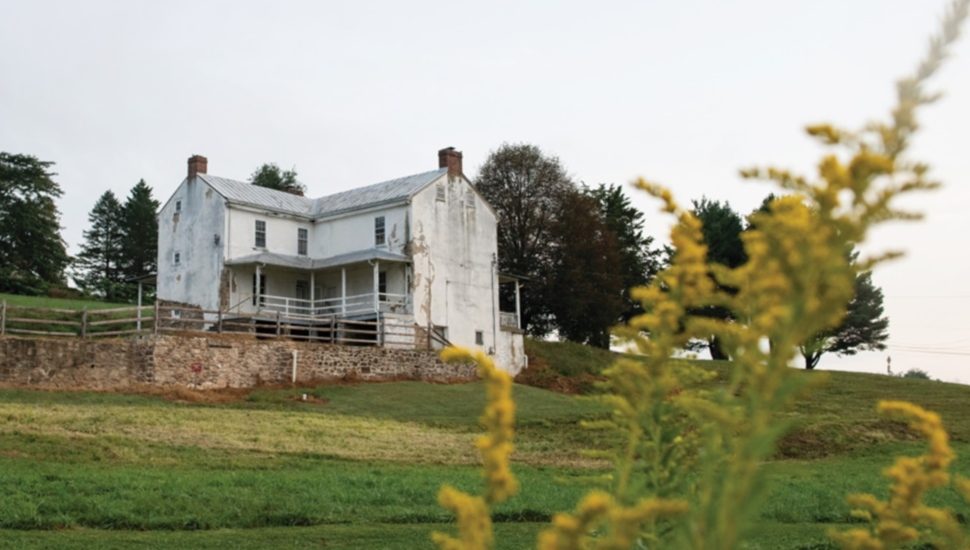 Thanks to a generous gift from the late Penny Wilson — a long-time supporter of Natural Lands, the local nonprofit that saves open space, cares for nature, and connects people to the outdoors — the Ralston House at Bryn Coed Preserve in Chester Springs will undergo a complete restoration, writes Kirsten Werner for County Lines Magazine.

The house was built in the early 19th century by Major Robert Ralston, a prosperous farmer and lawyer, on the site of a log house that appeared on the 1798 tax rolls. At the time, it was one of the township’s largest homes.

Modest by today’s standards, the 1,950-square-foot structure was part of a significant trend toward building larger and more expensive houses in the area.

The home has a center hall with symmetrical rooms on either side. There is also an additional rear “ell” that was the kitchen wing.

“Remarkably, the interior of the house has retained its structural and historical integrity,” said Peter Zimmerman, a member of Natural Lands’ President’s Council.

Zimmerman is also a professional architect who is overseeing the renovations.

The restoration will focus on removing the stucco and repointing the original stone façade, adding a new septic system, and upgrading the heating, plumbing, and electrical systems, among other things.