In the Garden with Andrew: The Paperbark Maple Has Perfect Winter Appeal 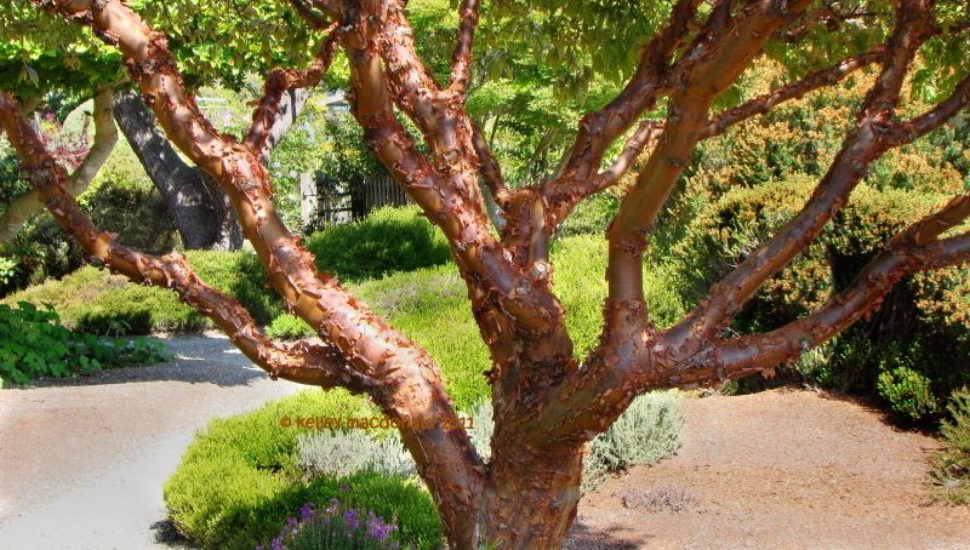 Over the years, I have attempted to be more and more mindful of adding plants to the garden that will provide winter interest.  Fortunately, in this area there are many choices.

The brilliant winter stems of some of shrubby dogwoods provide stunning winter interest and I am especially a fan of those trees that have attractive flaking or peeling bark.

If I could only choose one tree for its winter appeal it would have to be the paperbark maple, Acer griseum.  This PHS Gold Medal Recipient through the Pennsylvania Horticultural Society is stunning year-around with its coppery peeling bark which has the textural quality of shaved chocolate.  This ornamental bark quality looks great in all the seasons.

In the fall, the foliage turns brilliant shades or orange, red and yellow.  The naked stems, branches and trunk in the winter is truly stunning.

At my home garden, I have a 20 year-old specimen which is about 20 feet tall and wide at the end of my patio.  It has a dark evergreen backdrop of the Japanese red-cedar, Cryptomeria japonica ‘Yoshino’.

Acer griseum is relatively slow growing.  Acer ‘Cinnamon Flake’ and Gingerbread™ are hybrids between Acer griseum and a related species A. nikoense.  The resulting hybrids have paper bark maple-like bark, but more vigor resulting plants that are fast growing.

I have seen Gingerbread™ used as a small street tree in Atlanta, Georgia.  A close relative to Acer griseum is the three-flowered maple, Acer triflorum.  The bark still peels in a similar manner but the bark is more of a tawny-golden color and the fall color is brilliant orange.

The river birch, Betula nigra has been a popular medium-sized to large ornamental tree to at least 30 years.  Betula nigra Heritage™ which also is a PHS Gold Medal recipient was the first of the cultivars to be promoted.  This very fast-growing tree can grow five to six years when it is young.  The peeling bark has tones of brown, cream and even a pink tint.

It is a versatile tree.  As the common name would imply it can literally grow in standing water and along streams and rivers, but it can also grow in dry and urban soils.  As it grows the lower branches should be “limbed up” to reveal the attractive bark.  The small leaves turn golden yellow in the fall.

It does have a couple shortcomings.  It can be a little messy, in that, small branches are often shed during windstorms and the leaves can get a leaf miner which can cause leaf drop, therefore, it would be advisable not to plant next to a patio or deck because of these issues, however, it makes a great focal point in the garden or it is often best used in mass plantings amongst tapestries of perennials and shrubs.

It can cultivated as a single-trunked tree or as a multi-stemmed tree where it is especially ornamental.  Heritage™ is a good choice for the Mid-Atlantic states, but if heat tolerance is a need in the southern states or in urban conditions then Dura Heat™ is recommended.  A great choice of gardens with limited space is the diminutive Little King™ which at maturity only reaches fifteen feet tall and wide.

While most crape myrtles are first and foremost are grown for their array flower color choices many have exceptional bark that have mosaic-like patterns.  However, the Japanese crape myrtle, Lagerstroemia fauriei is predominantly grown of its exquisite flaking cinnamon bark that reveals beautifully smooth trunks.

Like other crape myrtles L. fauriei thrives in full sun and is very tolerant of urban conditions making it a good choice for a medium-sized street tree.  ‘Townhouse’ and ‘Fantasy’ are both great selections.

Ultimately it becomes an upright, vase-shaped tree to reaching 30 feet tall.  At a young age branches should be regularly pruned to continue to expose the amazing coppery bark of the Japanese crape myrtle.

Andrew Bunting, Vice President of Public Horticulture at the Pennsylvania Horticultural Society and a world-renowned expert in gardening, lives in Swarthmore.