Hollywood Star Whose Career Started in Bucks County Dies at 80 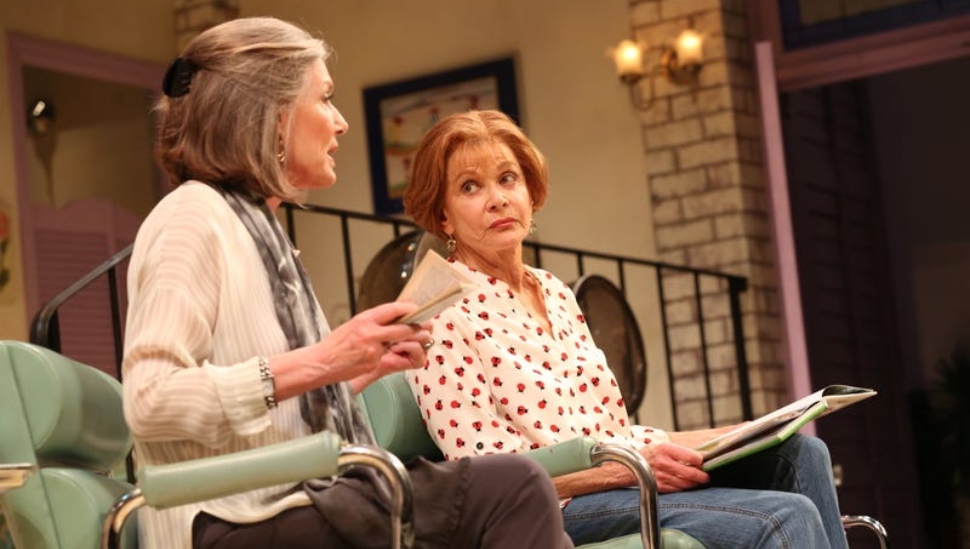 Image via Bucks County Playhouse.
Jessica Walter, right, in rehearsal for a 2016 production of Steel Magnolias.

Walter spent much of the 1950s and 1960s playing small parts on network television, evidenced by extensive once-and-done IMDB listings for shows such as The Fugitive and Mission: Impossible. In 1971, she hit it big in the movie Play Misty for Me, a thriller in which she co-starred with Clint Eastwood.

From there, it was back to the small screen, where she worked steadily.

In 2016, she returned to the Bucks County Playhouse to star in Steel Magnolias. Director Alex Fraser was there to welcome her back to her roots.

“The first time she walked into the theater she burst into tears,” he said.

Fraser recalled her comment at the time: “I was 17 years old,” he quoted her as saying. “My creative life really started here.”

Throughout the rehearsals and run of Steel Magnolias, Fraser remembered Walter as being immensely talented, a hard worker and as energetic as anyone else in the cast.

“The whole company loved her,” he said.

Through the course of her career, Walter earned an Emmy for her early television work and a Golden Globe nomination for Arrested Development. She appeared in the 2011 Broadway revival of the musical Anything Goes, which took her back to her local stage roots.

For more on the Jessica Walter, see the KYW Newsradio story.

EntertainmentDilapidated Amphitheater at Saint Anthony in the Hills Being Reimagined for Its Entertainment PotentialMay 2, 2021

EntertainmentPennsylvania Games and Lottery: How Much Scratch Does Gus Make a Year?April 30, 2021

EntertainmentIn a Wawa Line Lately? Your Wardrobe May Have Made It on to ‘Mare of Easttown’April 27, 2021
Tags: Arrested Development, Bucks County Playhouse, Clint Eastwood, Jessica Walter, Steel Magnolias