Delco Bar Makes It into Documentary on Skateboarder/MTV Star 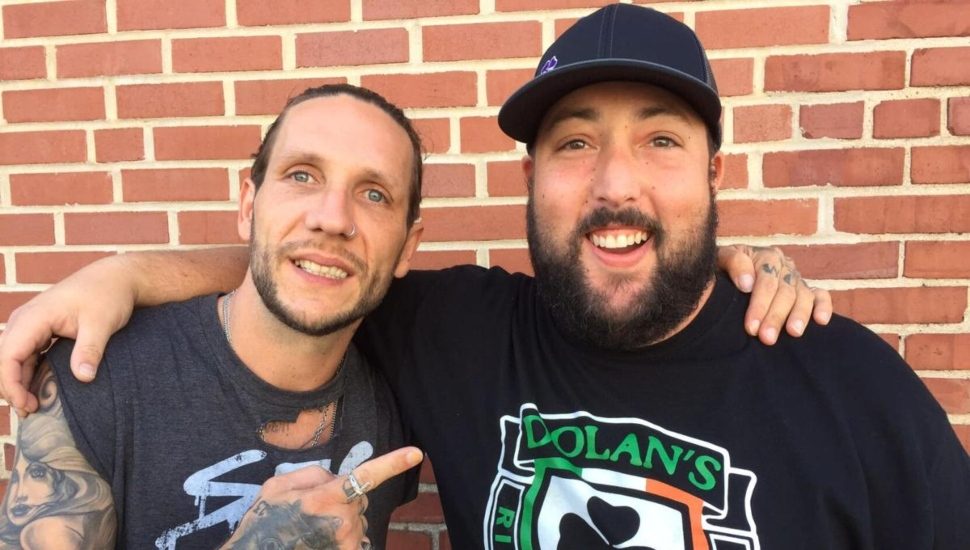 There was a film crew at Dolan’s Bar in Ridley Park last week shooting a scene for a documentary on Brandon Novak, writes Peg DeGrassa for the Daily Times.

The Brandon Novak Story explores the life of the skateboard/MTV star.

The bar closed for two hours of filming and some regular bar patrons got picked as extras.

Dolan’s Bar will recreate the bar where friends and family gathered in Baltimore for Novak’s father’s funeral.

Matt Benson of Middletown grew up in Ridley and worked at the bar. He stopped by to watch the filming.

“With all the money that I spent here over the years, maybe I can buy my way into the film,” he joked.

Steve Anderson of Ridley Park was chosen for a close-up in the scene, as he slowly sipped from a glass of Jack Daniels.

Joe Frantz, a Ridley Park native, has been a periodic visitor to Dolan’s. He also co-authored with Novak the book the documentary is based on, Dreamseller: Addiction Memoir of Brandon Novak.

Bar owner Pat “P.J.” Dolan and Frantz came up with the idea to use the bar in the documentary.

Read more in the Daily Times about this moment of fame for Dolan’s Bar.