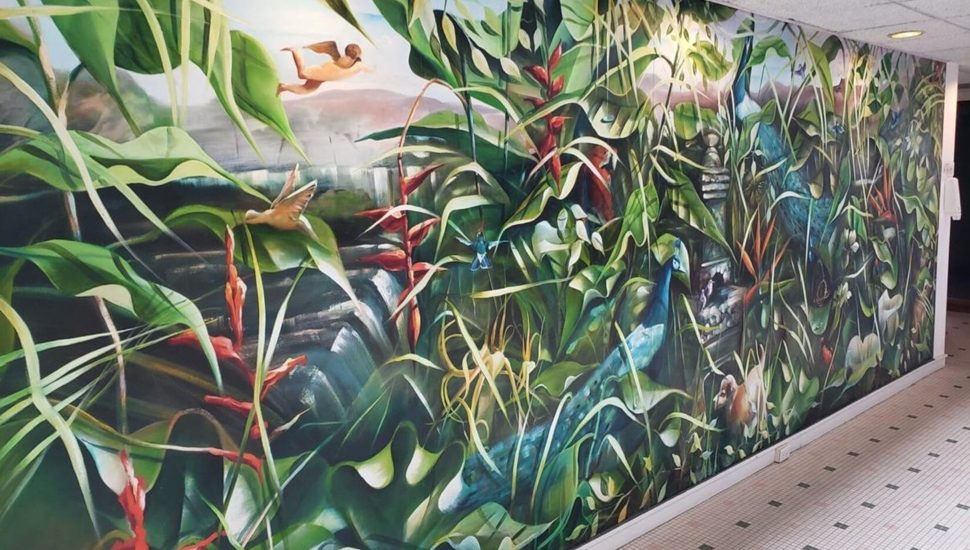 Adam Loew, of J. Loew and Associates, is renovating the former Wiley’s Garage at 120 North Church Street in West Chester that he acquired a year ago and is giving away a decades-old Janet Weight Reed mural, writes Bill Rettew for the Daily Local News.

The artwork is not directly attached to the wall, as it was painted on a thick board inside the building.

Loew is hoping any future owner will hang the mural where residents and workers both from the community and beyond will be able to view it. He is hoping to move the mural within a week before indoor demolition starts.

“It will continue to be appreciated in another location,” Loew said. “We are looking to change it up a bit.”

Reed – who grew up in the United Kingdom, spent 28 years in the U.S., and returned to the U.K. in 1993 – worked on the mural for two months. It was unveiled during the grand opening of the building and was one of the factors that helped rent out the whole building within days.

The artist got to decide what she wanted to paint. She incorporated astrological symbols, animals, and lush tropical plants to present healing symbolic imagery.

Read more about the mural in the Daily Local News here.