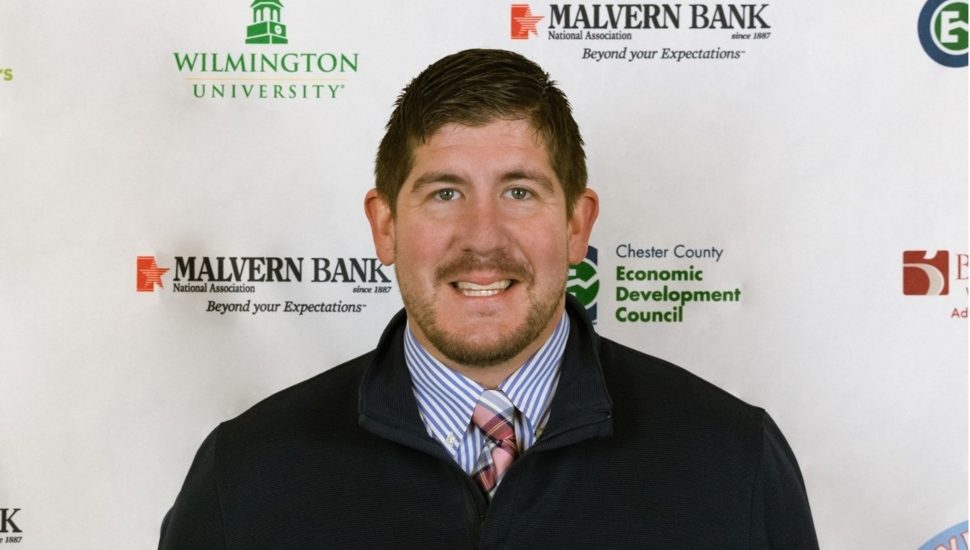 Fran Forte, who grew up in Parkesburg, is Vice President of Commercial Lending at First Resource Bank.

Forte, who began working at Century Kitchens in Malvern as a 16-year-old, earned an associate degree in Business Administration from Penn State Berks and a bachelor’s degree in Business Management from West Chester University. He credits Lisa Donnon, Executive Vice President and Chief Lending Officer at First Resource Bank, with having the biggest impact on his career.

“Every Executive Officer at First Resource Bank has been remained since I started as a credit analyst 10 years ago,” said Forte. “That alone says something about the culture and work atmosphere at the Bank. They each have independently taken me under their wing at some point during my tenure and are always available and eager to field questions and have intellectual conversations. They genuinely want me to succeed, and I don’t take that for granted.”

Forte’s proudest professional achievement was being promoted to a Vice President at First Resource Bank.

“As much as it was a personal recognition for hard work and trust bestowed in me from my superiors, the proudest moment for me was my family’s separate reactions,” he said. “Hearing them say, ‘My son/brother is a Vice President at a bank,’ and being in complete shock and wanting to see a business card was a great moment.”

“I grew up minutes away and literally did grow up on the food,” he said. “The area wasn’t as built-up as it is now, and it really was “The Neighborhood Place” as their slogan reads. I have fond memories going there as child and throughout my life.”

LeadershipTuesday With Michael: Getting Results Through Others is a Critical Success FactorApril 27, 2021

LeadershipTuesday with Michael: 8 Best Practices For Getting Results Through Others in Your OrganizationApril 20, 2021
Tags: VISTA Millennial Superstars