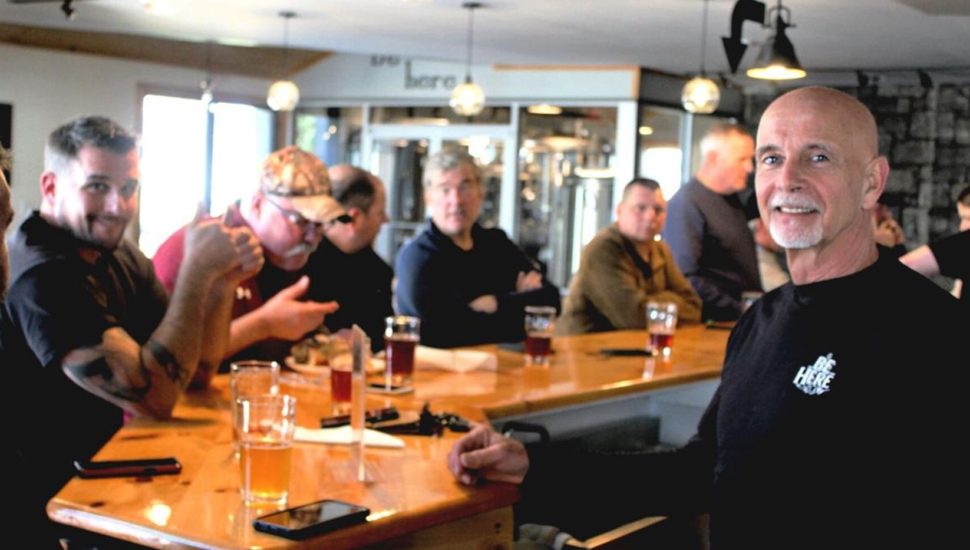 Image of Be Here Brewing via MediaNews Group.

Be Here Brewing recently celebrated its first anniversary as the sole brewery in Avondale, writes Jen Samuel for the Daily Local News.

“We would have loved to celebrate our anniversary with a full house of customers and live music,” said Dan Knabb, who co-owns the brewery with Maura Langley. “Of course, that wasn’t possible.”

Instead, they released “a very small batch sour version of our flagship IPA North of Here,” he said.

Be Here Brewing is located inside a fully renovated, 125-year-old building that was once home to the National Bank of Avondale. It is locally owned and operated and offers a dozen handcrafted artisan beers that are brewed on site.

Currently, it has a limited amount of autumn specials, such as the very popular Oktoberfest and Pumpkin Ale.

However, opening a new business just ahead of the pandemic created some unexpected challenges for the brewery, but the owners managed to weather them all with support from the local community.

“Without question, the tremendous support we’ve received from the community has not only kept us going but kept our spirits up,” said Knabb.

Read more about Be Here Brewing in the Daily Local News here.