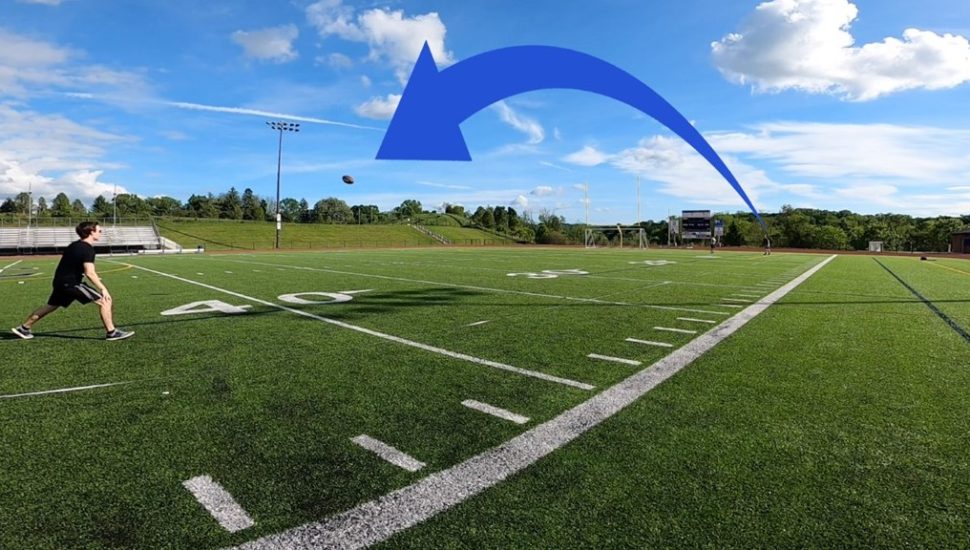 What started as a pandemic project for a pair of West Chester brothers ended up breaking the world record for the farthest long snap in American football, writes Matteo Iadonisi for 6ABC.

Matthew and Charles Dever found themselves at home when the pandemic swept the nation earlier this year.

“We typically go out in the front yard and throw a football around, and that’s kind of where the idea sparked,” said Matthew.

As the brothers played, the entire family was surprised by Matthew’s long-snapping abilities.

With little else to do during quarantine, the brothers set out to break the world record, which stood at just under 37 yards.

For the official record, they headed to Rustin High School’s field with a land surveyor, witnesses, and cameramen.

“We went out with the mentality to not just break the record but to crush it,” said Matthew. “A few hours in the yard was all it took to be able to get it.”

After submitting the video evidence, Guinness World Records recognized Matthew for performing the farthest long snap of an American football at 41.5 yards.

Read more about the Dever brothers at 6ABC here.

Chadds Ford Native One of the World’s Top Lumberjills