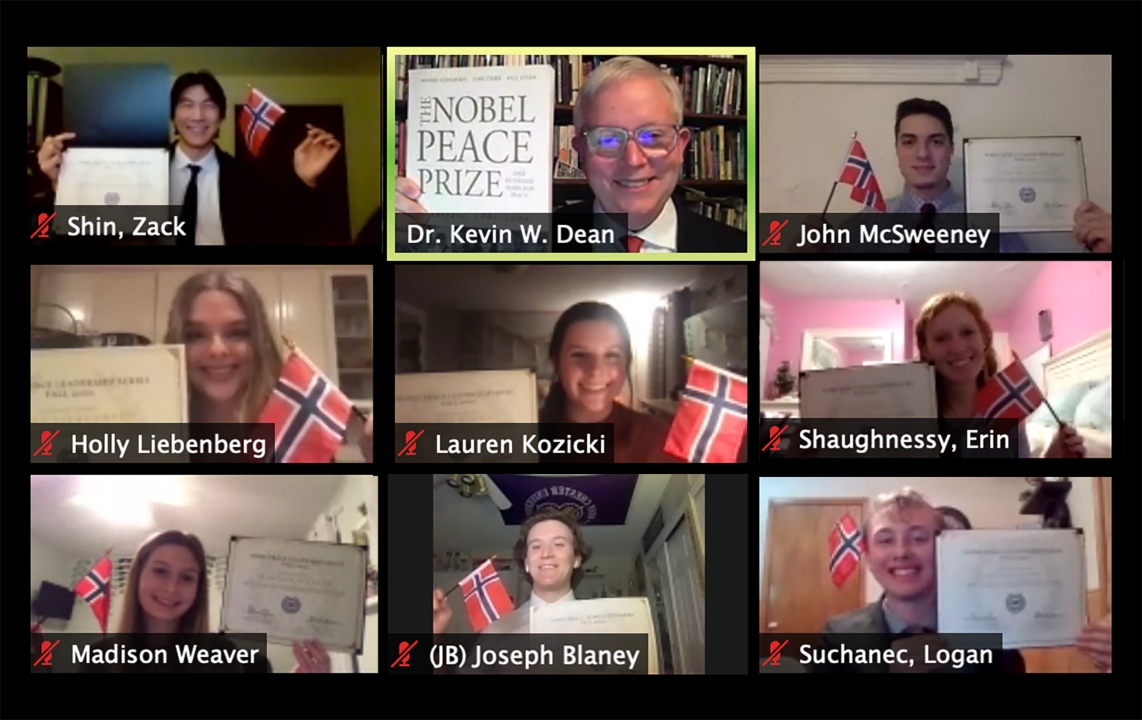 West Chester University’s Honors College has been pursuing a “nobel” idea for the past four years and is the only university in the U.S. to have a relationship with the Nobel Peace Institute. As part of this one-of-a-kind partnership, honors students from WCU have been permitted to nominate candidates for the Nobel Peace Prize to the Norwegian Nobel Committee to consider.

Last Wednesday, the WCU Nobel Leadership Series (NLS) held its closing ceremonies, during which the student committee announced WCU’s candidate to submit for consideration for the 2021 Nobel Peace Prize. Swope Scholar and Honors College Nobel Events Coordinator John McSweeney, a WCU junior who is majoring in economics and finance, represented the student committee and announced the World Health Organization as the candidate being put forth by the students.

During the closing ceremonies, 51 student participants were recognized with a certificate and presented with a Nobel lapel pin, as well as a flag of Norway. Vice Chair of the Norwegian Nobel Committee Dr. Henrik Syse will meet virtually with all student presenters and those completing the leadership series on Saturday, Nov. 21 from 1-2 PM.

Workshops were generated by eight sophomore/junior Nobel scholars mentored by the five students who represented WCU at the 2019 Nobel Peace Week in December in Oslo, Norway.