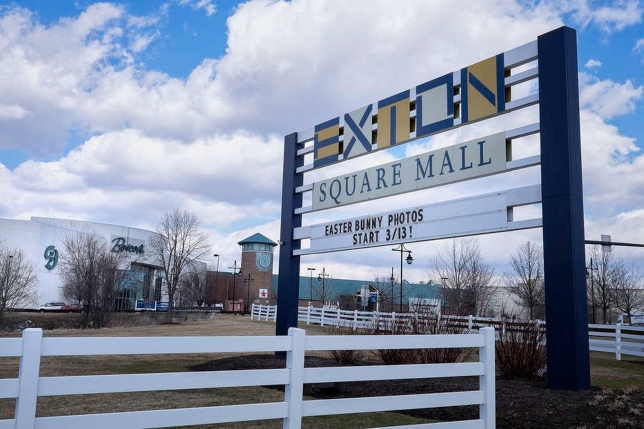 As analysts have speculated, PREIT may be heading towards bankruptcy, however PREIT isn’t giving up, but rather orchestrating a plan to borrow $150 million. Image via Philadelphia Inquirer.

Analysts have been speculating for a while now that PREIT, owner of the Exton Square Mall, might be heading towards bankruptcy within a year’s time, especially after the lockdowns, and earlier this month when their trade value on the New York Stock Exchange sunk below one dollar. It appears those predictions may finally be coming true, though not in a way that leaves PREIT devoid of hope.

As reported by Jacob Adelman for The Philadelphia Inquirer, PREIT is not throwing in the towel, but rather orchestrating a plan to borrow $150 million. Essentially, PREIT currently has $919 million in debt, so step one of this deal would entail PREIT promising their debt-free properties as collateral. In exchange, PREIT would get the $150 million loan.

The catch is, all of PREIT’s creditors would have to approve this, and they’ve shared that thus far, only 80% are on board.

If PREIT can’t get all their creditors to support this idea, plan B is to do what they are calling a “prepackaged reorganization” which would involve filing for bankruptcy. Presumably, the first method is PREIT’s preference, but they are saving this as a contingency option to keep the company going just in case.

Joseph F. Coradino, PREIT’s chief executive, explained the situation in a press release, stating, “Given the significant support we have already received from a substantial majority of our lenders, we are confident in our ability to implement the recapitalization agreement quickly and efficiently.”

Analysts have been discussing for all of 2020 how the pandemic has been devastating for the retail business. But with PREIT being the biggest mall owner in Philadelphia, it would be an especially heavy blow if they could not pull through this crisis.

With two options on the table, PREIT is clearly not giving up. It just remains to be seen which route they will have to take. As stated, they have 80% of their creditors in support of putting the debt-free properties up as collateral. PREIT is hoping to reach unanimous support for that plan by the end of this month.

If you want to learn more about the specifics of the deal PREIT is trying to make, you can read about it at The Philadelphia Inquirer by clicking here.