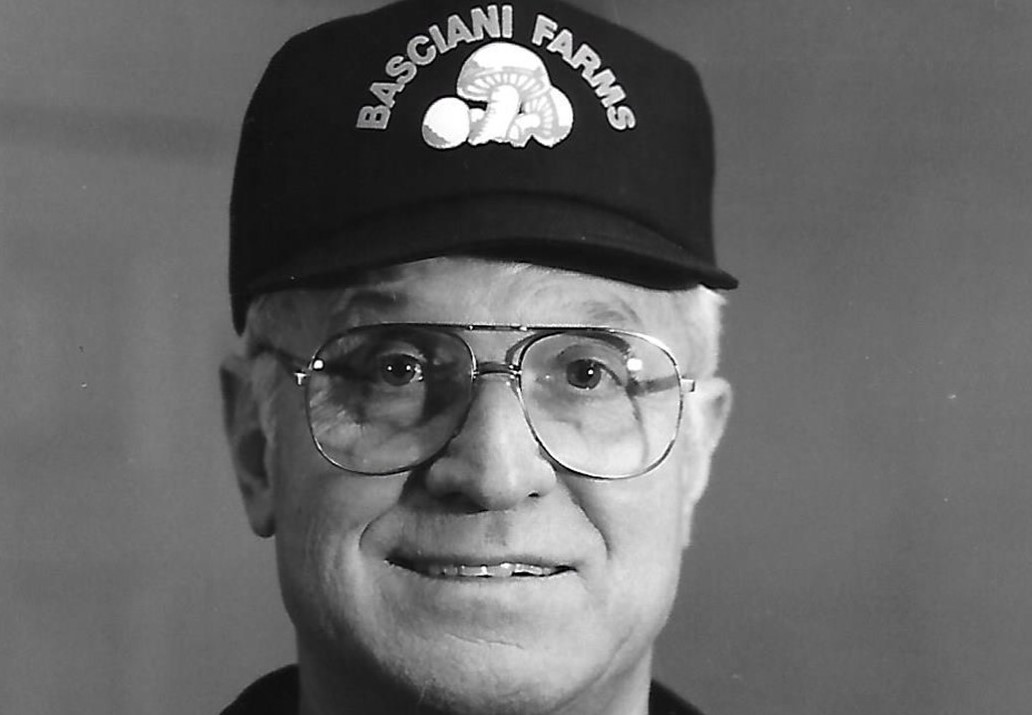 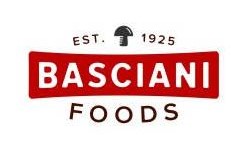 One of the hardest-working men in the history of American mushroom farming passed away, surrounded by his loving family, on Sunday, Sept. 13 at the age of 91. This industry pioneer’s legendary work ethic, tenacity, and passion for mushrooms made him a role model to farmers throughout the country.

Mario D. Basciani – affectionately known as “Chuff” – was a second-generation mushroom farmer, founder of Basciani Foods Inc., and patriarch of the Basciani family. He is survived by his wife of more than 70 years, Anna, his five children, 18 grandchildren, and 40 great-grandchildren.

Mario was born on Jan. 20, 1929 in Toughkenamon to Italian immigrants Emedio and Anna Basciani. His father, Emedio, started harvesting mushrooms for the Pratt family in 1915, until he established his own farm in 1925. Mario began working on the family farm at a young age and fell in love with all aspects of the business, especially the challenging physical work that comes with cultivating mushrooms.

He played football in the Tuffy’s Football League and was quickly revered for his strength and toughness, a reputation he held throughout his life. He graduated from Kennett High School in 1947, and soon after, he, his older brother, Flavian, and younger brother, Emedio Jr., entered the mushroom business full time.

Anna Masciantonio and Mario Basciani could both trace their roots back to the same province in Italy.

On May 13, 1950, Mario married the love of his life, Anna Masciantonio. Long-time family friends, the two could trace their roots back to the same province of Abruzzo in Central Italy. They drove to California for their honeymoon; and within one year, they welcomed their first child. Over the next decade, Mario and Anna welcomed four more children into their family. In 1963, the two built a ranch house overlooking the main farm where they raised their five children, Mario (“Monnie”), Joanne, Richard, Susanne, and Michael.

In 1967, Mario was involved in an auto accident that put him in a coma; it was a miracle that he survived. The family believes that Anna’s love and prayers brought him out of the coma. In 1969, Mario founded a company of his own. The opportunity to build a business with his young, talented, and determined sons was too great to pass up.

In 1970, Mario became a partner in The Mushroom Company, which is now the largest mushroom-processing company in North America. During the 1970s, Mario, Monnie, Richard, and Michael continued to grow M.D. Basciani & Sons Inc. alongside Mario’s new son-in-law, George.

In addition to his personal success, Mario also sought to help other aspiring young farmers establish their own operations. He saw the potential in his nephews and helped steer them to success. This is where Mario became known for his generous heart and helping hand. By 1979, he and other neighboring farmers created Laurel Valley Farms to solidify a source for consistent, high-quality compost and raw materials. Today, Laurel Valley Farms is the largest commercial mushroom-composting facility in North America.

In the 1980s, Mario’s boys expressed their desire to take the family business to another level. They wanted to go beyond growing; their goal was to begin packaging, selling, and distributing fresh products. Mario’s youngest son, Michael, travelled the country, found the customers, and oversaw the packing facility, while Monnie and Richard mastered the art of mushroom growing and continued to expand the farm.

Around the same time, Mario was involved in a farm accident where he was struck by a dump truck. Against all odds, Mario’s strength endured, and he made a full recovery. As the 1990s came around, Mario became more comfortable turning over the reins when his grandchildren showed interest in the business, and his daughter Joanne teamed up with Michael in the office. 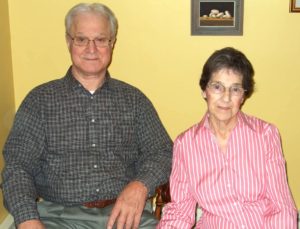 Mario and Anna Basciani were married for more than 70 years.

With the future of his family’s enterprise secure, Mario took a step back. In 1994, Basciani Foods Inc. was formed, and a state-of-the-art packing facility was constructed. At this time, Mario’s role was purely consulting; however, he was instrumental in the launch of Basciani Foods’s first satellite locations in Chicago and Minneapolis. The highlight of Mario’s career was when he merged his father-in-law’s farm and his father’s original farm, where he first learned how to grow mushrooms. A goal he set in his youth, purchasing and uniting those farms with those built by him and his sons was his most rewarding achievement.

Toward the end of the century, Mario learned to enjoy the fruits of his labor. He often travelled to Atlantic City with Anna and enjoyed spending time with his grandchildren and great-grandchildren. In the remaining 20 years of his life, Mario’s sons and grandsons enlarged the packing facility several times, even making it multi-level.  They have never stopped expanding the production operations or advancing the agricultural process. He assisted in building two more satellite facilities, one in Orlando and one in Independence, La. 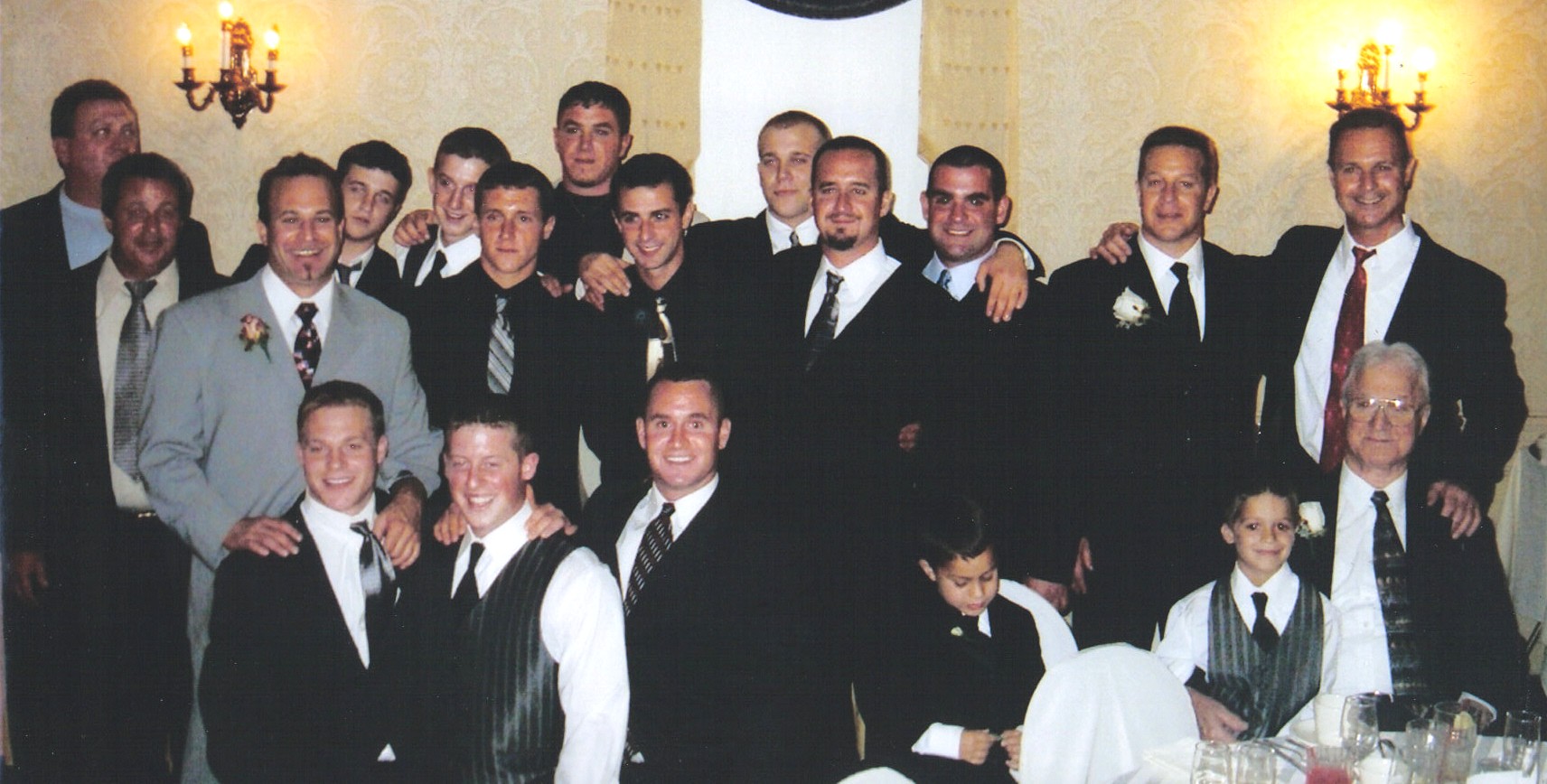 The men of the Basciani family.

Mario instilled in his boys the importance of adapting to change and capitalizing on new technologies and innovations. He successfully ingrained his firm beliefs in the following generations: “Keep pushing, build more, grow more, do not stop!”

Until his death, his sons and grandsons updated him every day with progress reports and news on all fronts. He was involved to the end. His most-warming comfort before his passing was to witness several of his great-grandsons take positions in the family companies, making the Basciani Farming Family one of very few fifth-generation farms in America.

Today, The Basciani Group of Companies is one of North America’s largest vertically integrated mushroom conglomerates, all because of one powerful and optimistic man whose legacy will motivate his descendants for generations to come.

Joseph F. Basciani is Mario’s grandson and the CFO of Basciani Foods Inc. The Avondale-based mushroom company specializes in providing its customers with the freshest mushrooms straight from the farms. Basciani Foods also prides itself on being a family-owned-and-operated business that provides honest and loyal service to its customers. Click here to learn more.