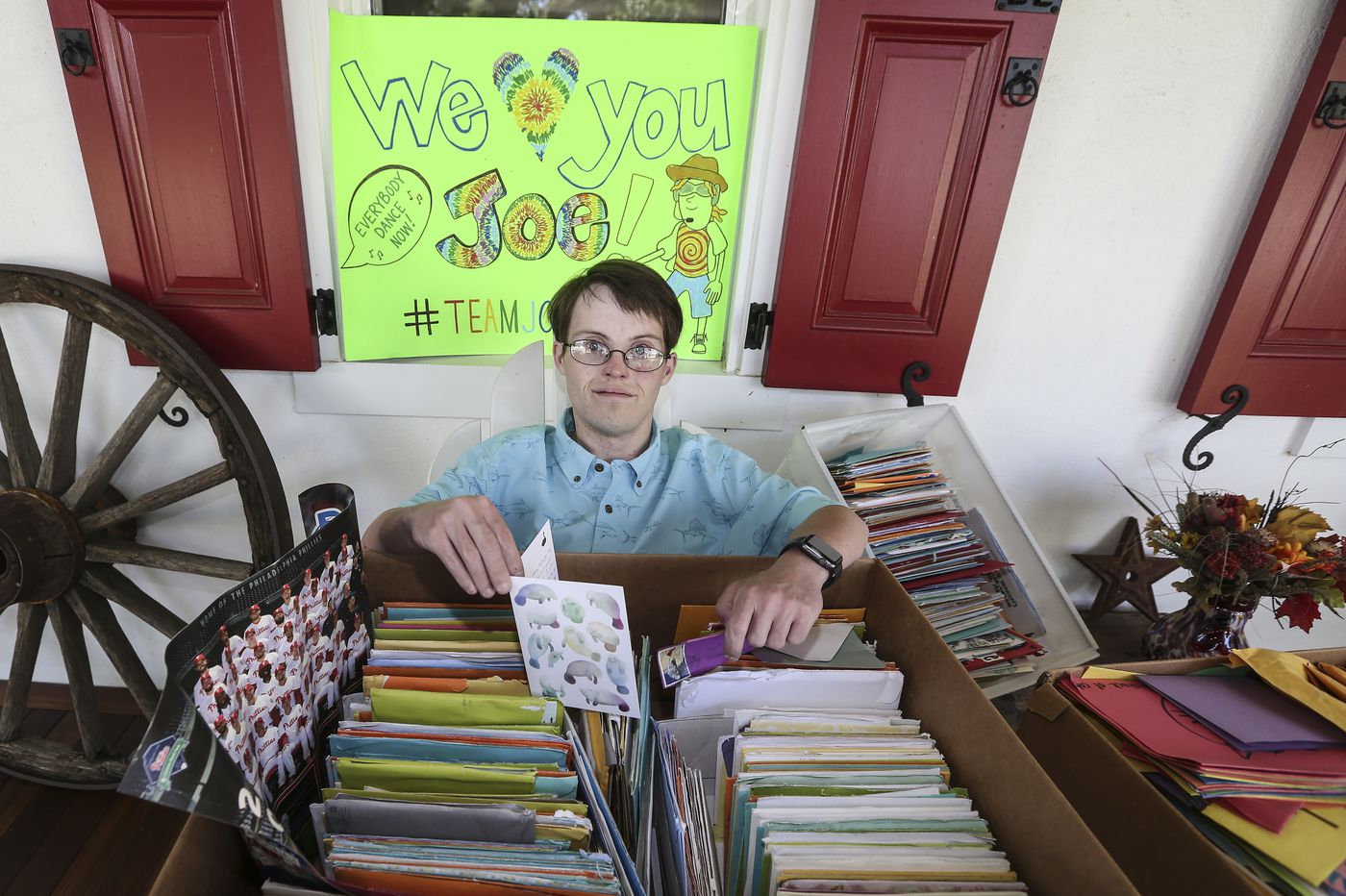 Joe Eitl, a 37-year-old Skippack resident with Down syndrome and cardiac defects who is awaiting a double-organ transplant, has been showered with thousands of cards and letters from strangers, writes Rita Giordano for the Philadelphia Inquirer.

“Mr. Personality,” as his mother Peg calls him, fully enjoys life despite the many open-heart procedures he has had to endure. He has always had many friends and is a Special Olympics athlete. He has also fronted a local rock band and had a sandwich named in his honor at the Collegeville Italian Bakery.

However, last year, Eitl went into heart failure, which caused stress to his other organs. As his parents began a long and complicated process of having him evaluated for a possible transplant, their family and friends began rallying people to send him cards and notes of support.

Soon, mail began arriving. Among the sea of correspondence were notes from the Eagles, Phillies, and Flyers. He also received cards from people in his hometown and from people as far away as England.

Eitl is delighted by the support he continues to receive.

“I do love the people that send me the cards,” he said.

Read more about Joe Eitl in the Philadelphia Inquirer by clicking here.