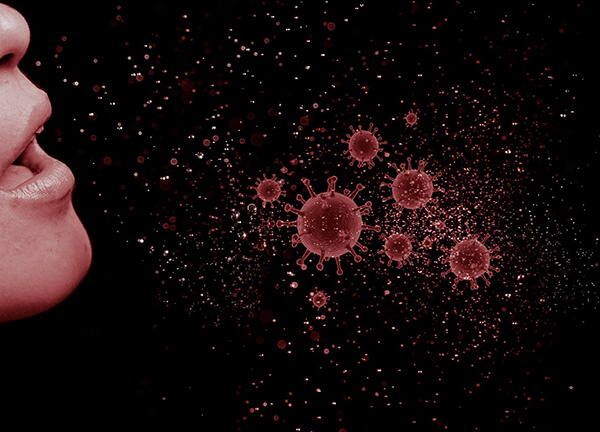 By now we have all seen the videos of people in grocery stores licking ice cream or produce and putting them back on the shelf.  We also have heard stories of people coughing on retail clerks and claiming they have been infected by COVID-19.

Workers who are deemed essential, bravely go to work each day and put their own health on the line to provide life sustaining services.  The last thing they need is to be disrespected and terrorized by individuals with little to no regard for human life.

Fortunately, federal and state law enforcement recognize the impact this can have on businesses and employees and have started to act.

A few weeks ago, it was widely reported that the United States Department of Justice was considering charging individuals who threaten to spread the COVID-19 virus or attempt to spread the virus with the federal charge of Terrorism.

Yes, the same offense for which the 9-11 co-conspirators were charged.  That is how seriously federal law enforcement is taking the transmission of this virus. Threatening to use a weapon of mass destruction or using a weapon of a mass destruction is considered terrorism under the federal criminal code.

Prosecutors are making the case that COVID-19 fits the definition of a weapon of mass destruction because it is a biological agent that is capable of causing death or disease.

State prosecutors are also acting to protect the public from reckless acts of attention seekers.  New Jersey prosecutors recently charged a man with a felony charge of Terroristic Threats for coughing on a Wegman’s employee and claiming he had COVID-19.

In addition, Pennsylvania officials arrested a woman in Hanover, Luzerne County who coughed on $35,000 worth of groceries.  She was charged with multiple felonies, including Terroristic Threats and Criminal Mischief.

A top prosecutor of another Pennsylvania county reports that additional charges could be pursued for individuals who cough on people or food during this crisis.

Misdemeanor and felony charges of Simple Assault, Aggravated Assault and Causing or Risking a Catastrophe are the possible charges for people who engage in this conduct in their jurisdiction.

While respect for our fellow citizen should be enough of a deterrent to keep us from intentionally coughing on people trying to do their jobs, businesses have a greater tool at their disposal to deter this type of conduct.

The maximum penalties for the potential federal and state crimes described above range from two years in prison to a life sentence. This is more than enough time to cause someone to think twice before terrorizing another worker.

If you have questions or for more information contact Lamb McErlane PC. 610-430-8000. www.lambmcerlane.com.

Steve Jarmon is a partner at Lamb McErlane PC.  He is a former prosecutor whose practice is primarily focused on criminal defense. sjarmon@lambmcerlane.com. 610-701-4414.

LegalChester County Home to Four of the Safest 'Cities' in PennsylvaniaApril 21, 2021