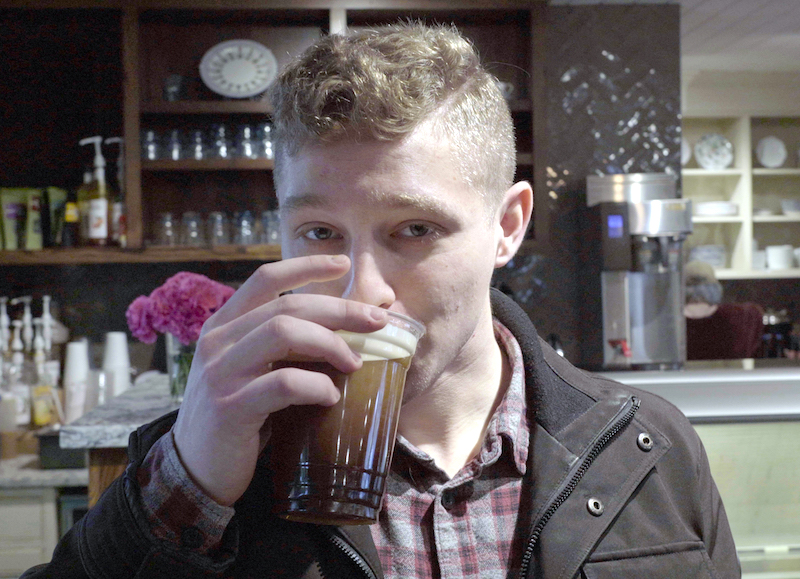 Wilson decided to start his own beverage business after finishing his studies abroad in southern France and northern Africa. When choosing between wine and coffee, he realized the latter was much quicker and had a higher profit margin.

So two years ago, he launched his cold-brew business, named after the treasured hills in the national park he used to hike.

Wilson brews his beverages at a certified kitchen in Wynnewood and delivers them himself to a growing list of clients that include businesses, offices, and cafés.

His product packs double the caffeine of regular coffee and uses food-grade nitrogen. Nitrous oxide, or laughing gas, which is used by some of his competitors, has been associated with health problems, said Wilson, but there is little to be done about it.

“The industry is so new, there aren’t regulations,” he said.