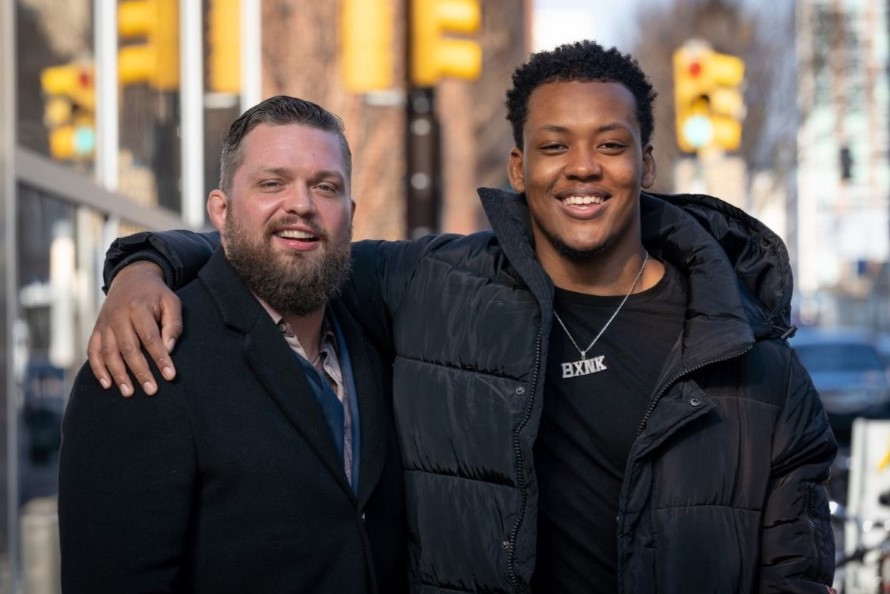 Goodell invited the two after he heard about their remarkable story, which was submitted by the Philadelphia Eagles to the National Football League. The pair met three years ago when Zymir, who had been bouncing around foster homes since he was five years old, enrolled in Focused Athletics, a nonprofit founded by Duncan.

They quickly bonded over a shared love of football, boxing, and working out. Zymir found a father figure in Duncan, while the older man saw a bit of himself in the teen, as he was also in the foster system as a child, because his mother killed his father when he was seven years old.

When Zymir moved in with Duncan ahead of adoption, both had to go through an adjustment period.

“We battled,” said Duncan. “We were like two bulls butting heads sometimes.”

Read more about Jackson Duncan and Zymir Cobbs-Duncan in The Philadelphia Inquirer here.