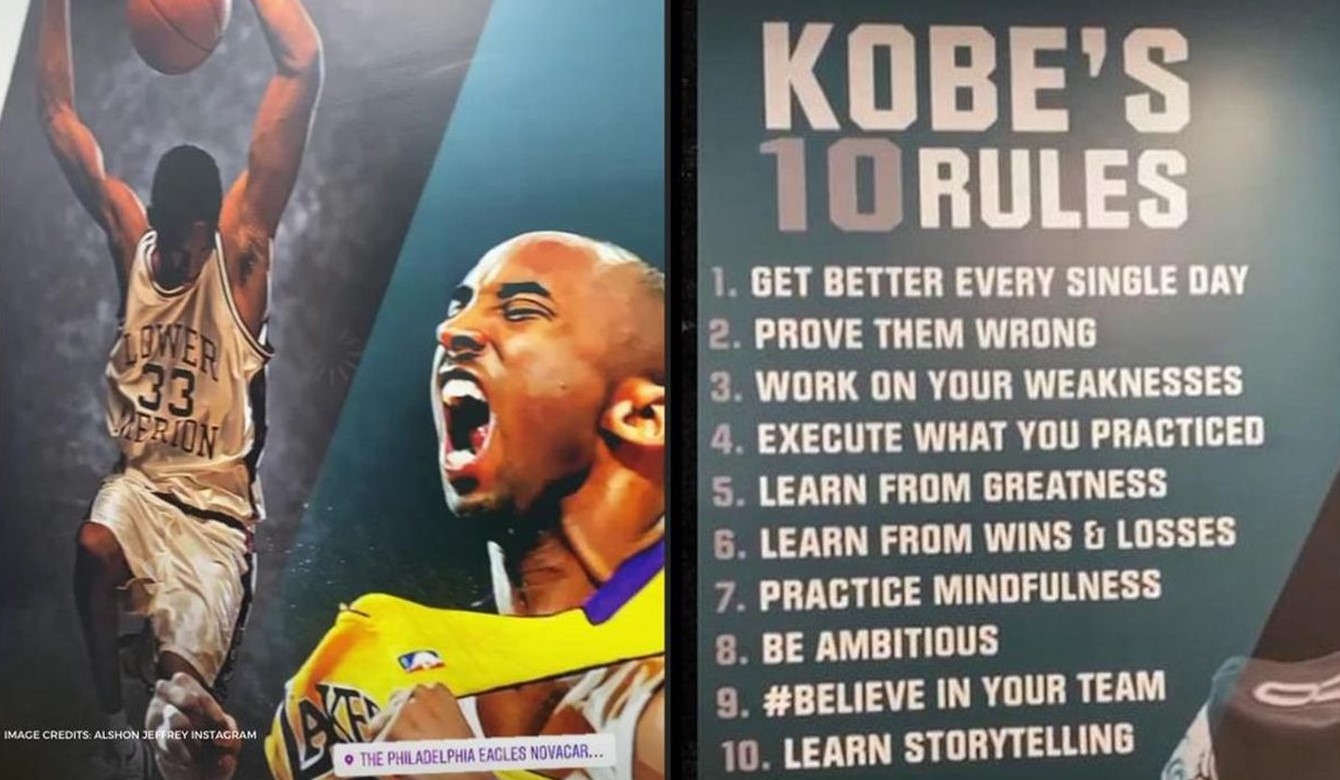 The tribute is especially moving since the Eagles were Bryant’s favorite football team. The video of him celebrating the team’s Super Bowl win remains a heartwarming moment.

The tribute wall has Bryant’s mural and his “10 rules” on display next to it. It shows the basketball star in his Lower Merion High School jersey.

In addition to the tribute wall, the Eagles’ Darius Slay will now wear No. 24 to celebrate Bryant’s outstanding career.

Slay was traded from the Detroit Lions during the offseason, and to mark that and also to honor the late legend, he has decided to switch his jersey number from No. 23 to No. 24.

Since his tragic death six months ago, countless tributes have been dedicated to the late Laker, showing just how much he meant to the world.

Read more about the tribute wall from Lakers Nation by clicking here.