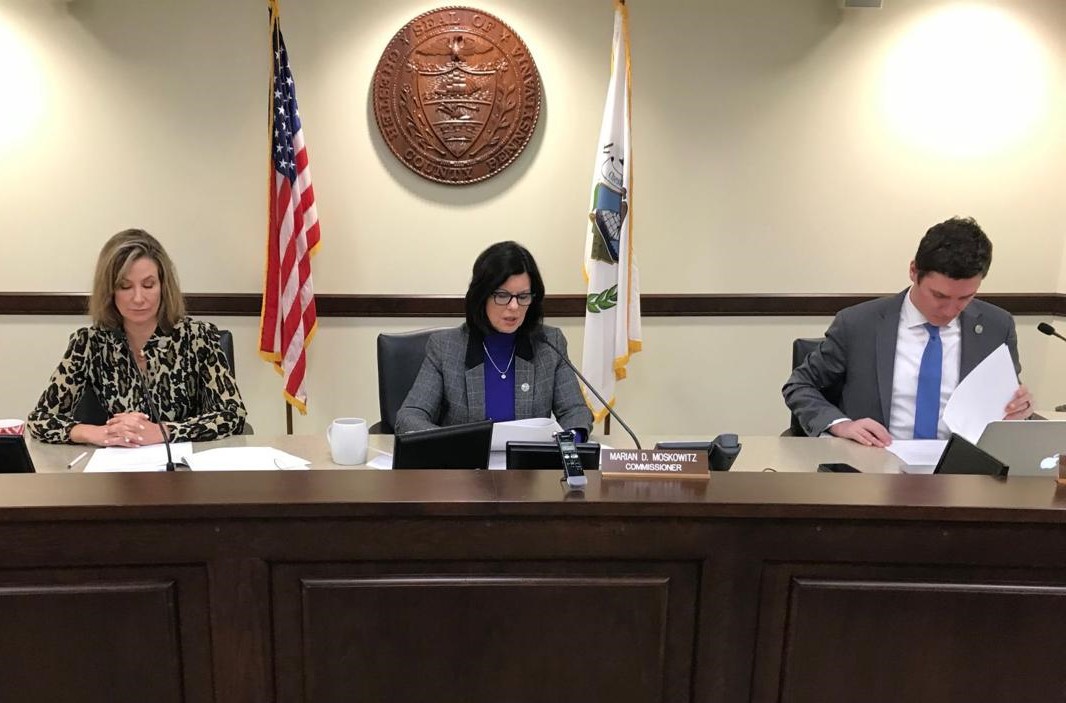 With Josh Maxwell and Marian Moskowitz taking office earlier this month, there is a Democratic majority on Chester County’s Board of Commissioners for the first time in modern history, writes Kenneth Burns for WHYY.

“I didn’t think it was going to happen this quickly,” said Michelle Kichline, the lone Republican on the three-person board.

Kichline has served as a commissioner since 2014, when she was appointed to finish the term of former U.S. Rep. Ryan Costello. She won a second term at the last election and noted that the demographics in the county are changing.

“A lot of people are moving out of Philadelphia, or they’re moving from other areas,” she said. “We’ve seen the trend where the voter registration has been shrinking.”

Still, she said she hoped the bipartisan tone that was already established on the board with equal weight and consideration given to the minority commissioner would continue under the new majority and that non-unanimous votes will be as rare as before.

“I’m hopeful that my new colleagues will use the same model, at least for civil discourse,” she said.

Read more about the Chester County Commissioners at WHYY here.