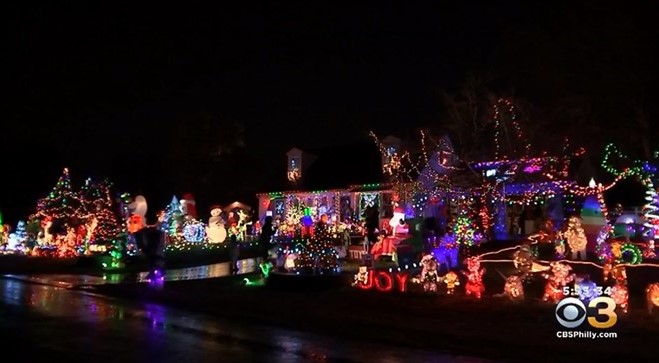 For two decades, a West Chester family has been putting up a breathtaking display of Christmas lights and using it to collect toys for the children at Chester County Hospital, writes Vittoria Woodill for CBS Philly.

“Our daughter, she worked at the hospital,” said Jerry Corrado. “My wife came up with the idea: Why don’t we collect toys? The first year, I don’t know if we did 200 or 250, and every year it just kept getting bigger and bigger and bigger.”

The toy drive has now gotten so big that sometimes there are enough toys to also share with the kids in the emergency room.

Corrado was diagnosed with leukemia three years ago, but he still made sure that the lights were on and the toys got delivered to the hospital.

“They took me in a wheelchair, and I had a bag of toys on my lap,” he said.

Corrado said that his generosity is now being paid forward, as many of the patients who received gifts from his toy drive have been back and donated toys for other children in need.