Home Culture Movies & Plays WCStudio to Present ‘James and the Giant Peach’ at Uptown! in January

WCStudio to Present ‘James and the Giant Peach’ at Uptown! in January 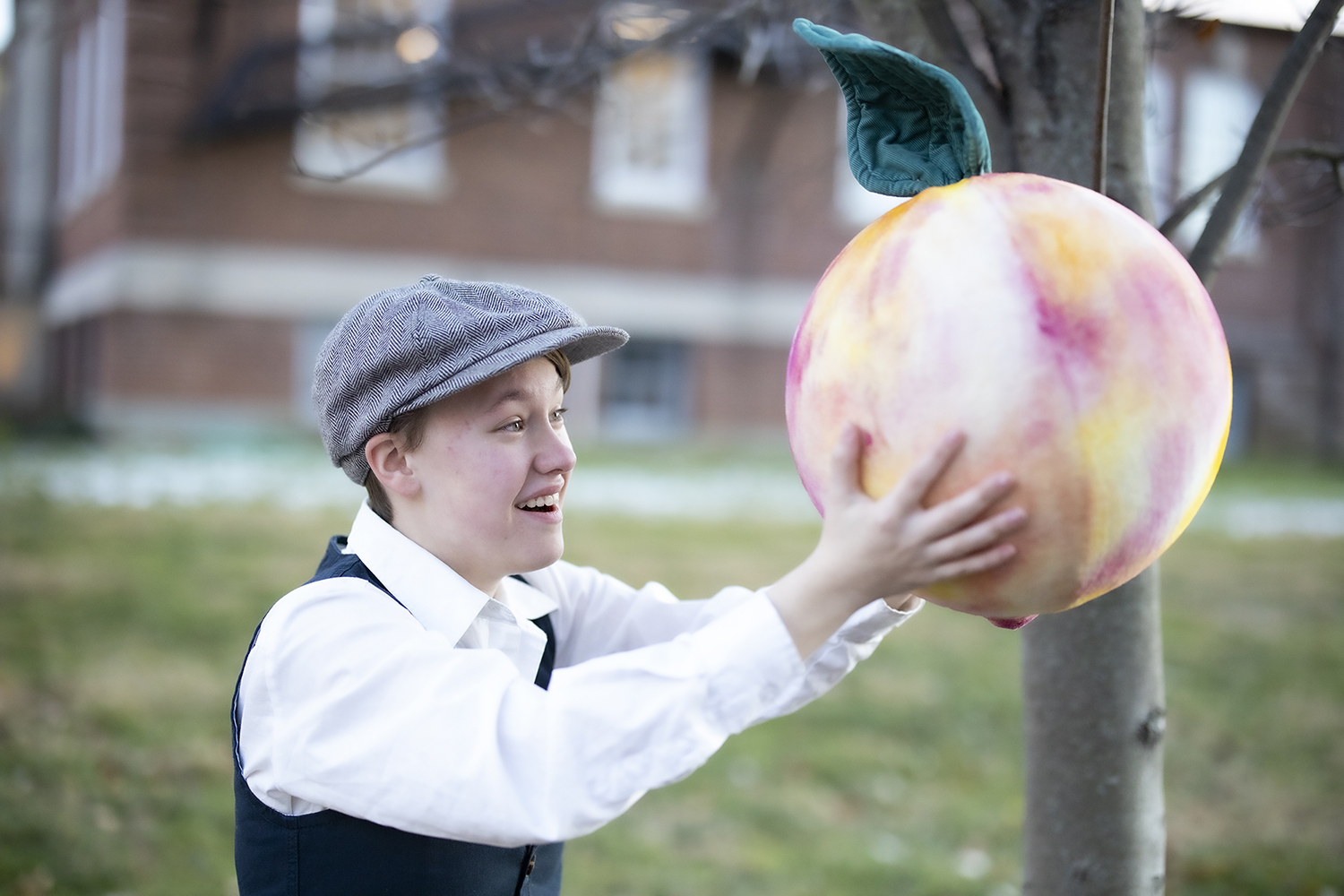 “A little magic can take you a long way,” said young James in Roald Dahl’s James and the Giant Peach, the musical production of which WCStudio will perform at the Uptown! Knauer Performing Arts Center on consecutive weekends in mid-January.

Matinee and evening performances of this classic are sure to offer a sweet winter escape for all ages.

The story follows the famous author’s fantastical tale of a boy, his insect friends, and their amazing journey across the ocean on a giant piece of fruit. Featuring a wickedly tuneful score by Tony Award-winning superstars Pasek and Paul and a curiously quirky script by Timothy Allen McDonald, critics and audiences rave that story is a “masterpeach!”

WCStudio for the Performing Arts at Uptown! provides performing arts education year-round with performance opportunities seasonally. James and the Giant Peach will be the first winter show, featuring a cast of WCStudio trained actors.

Phoenyx Hawkins, the actress who plays the lead role of James, has studied with WCStudio at Uptown! for more than three years. The rising star plans to pursue acting in New York City.

Dahl’s childhood experiences served as the inspiration for many of his stories and characters. He began writing children’s books after fabricating bedtime stories for his daughters, which led to the publication of James and the Giant Peach (1961) and Charlie and the Chocolate Factory (1964). His stories remain among the most treasured children’s tales of all time.

Therese Walden Murphy, WCStudio’s founder and director, was captivated by the colorful characters and jazzy score of James and the Giant Peach. Lovable James, along with enchanting, friendly insects, are balanced by a pair of despicable aunts to make the kind of magic Dahl is renowned for – a little sweet, a little sour, a little edgy, and sure to pique the imagination of children of all ages.

Audiences have six opportunities to experience James and the Giant Peach: