Why the New York Giants Signed This Avondale Native, Then Released Him Five Days Later 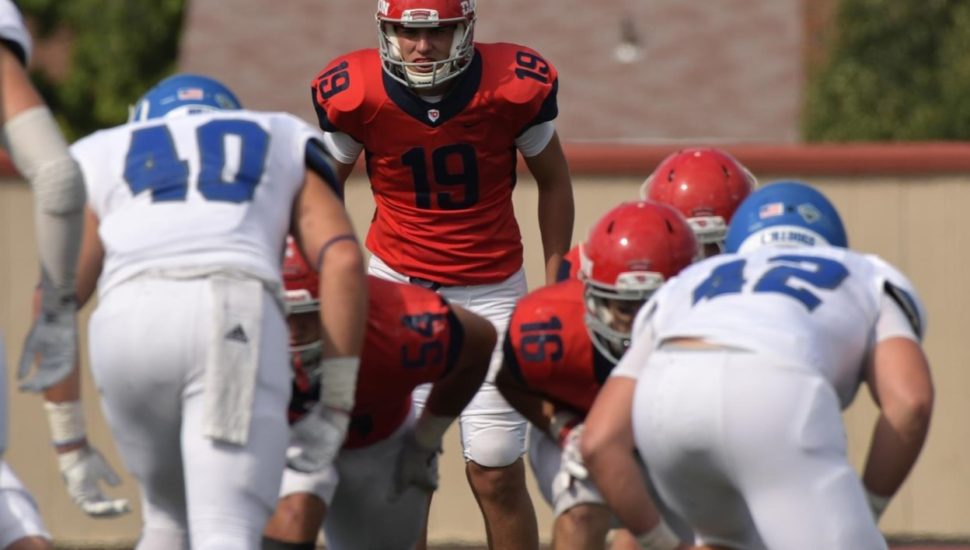 Image of Sean Smith via the University of Dayton.

The New York Giants signed Avondale native Sean Smith to their practice squad on the last day of October, then promptly released him five days later.

The Giants inked Smith, a left-footed punter, to occupy the 10th and final spot on their practice squad, as they prepared to face the Dallas Cowboys in Week Nine of the NFL season, writes Matt Lombardo for NJ.com.

Cowboys punter Chris Jones is one of the league’s rare left-footed punters, so the Giants brought in Smith, who graduated from Salesianum School in Wilmington, to practice fielding punts from a left-footer.

“Well, (the ball) spins opposite,” said New York coach Pat Shurmur. “That goes without saying. Depending on where the tip of the ball is, up or down, how it drops away from you or carries away from you, is absolutely opposite of a right-footed punter. That’s why, in this case, we brought in Smith to simulate that.”

On the college level, Smith earned first-team All-Pioneer Football League honors all four years at the University of Dayton, where he set a school record for punting average (45.4 yards) as a senior in 2018.

“It’s good to be able to help the team out,” said Smith.

The Giants fell to the visiting Cowboys, 37-18, at MetLife Stadium on Monday Night Football, then released Smith the next day.

The Chester County native spent five days with the team and earned $8,000, the NFL’s weekly minimum for a practice squad player, for his services.

Click here to read more about Sean Smith at NJ.com.

SportsIt’s Not Hard to Fathom Why These Decorated Equestrians from the Other Side of the World Settled in Chester CountyFebruary 20, 2021