WCU Works to Raise $100,000 to Support Program for Students with Intellectual Disabilities 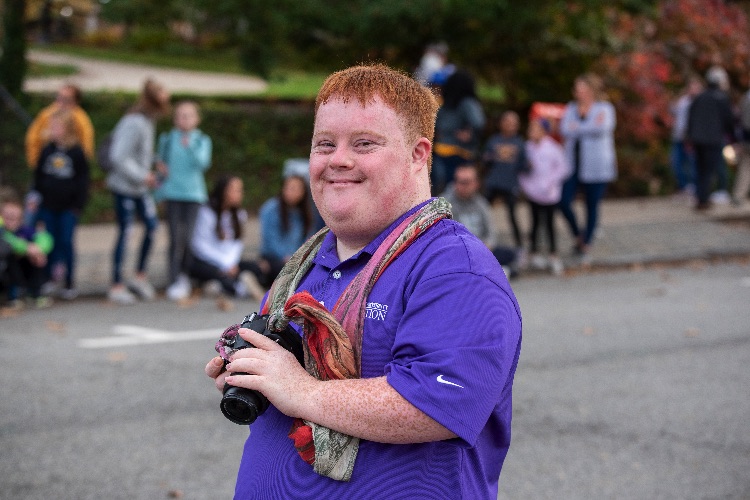 West Chester University is committed to making the RAM Initiative a permanent program.

For the past two years, the RAM (Real Achievement Matters) Initiative pilot has enabled three current, non-degree-seeking students with intellectual disabilities to have a full, residential, college-immersion experience at West Chester University.

As the season of giving officially begins, this very special pilot program now needs much more giving as its initial phase nears conclusion. The university has established that ongoing direct and indirect costs will increase $100,000 each year to sustain the RAM Initiative.

Committed to making the pilot a permanent program that will enable one to two additional students with intellectual disabilities to enjoy a full college experience at WCU on an annual basis, WCU has joined forces with its West Chester University Foundation and the families of its three current RAM Initiative students to raise $100,000.

To date $12,586 has been raised, with an initial personal gift of $5,000 having been made by West Chester University Deputy Provost Jeffery Osgood. Remaining program costs are actively being raised within the next 30 days.

As a pilot, modest funding was initially secured from the Pennsylvania Inclusive Higher Education Forum, as well as from the U.S. Department of Education Transition and Post-Secondary Program for Students with Intellectual Disabilities grant. During this pilot phase, numerous volunteer hours were also donated by staff.

To establish a more permanent program, staff with special skills will need to be hired. With the waning of public funds, WCU is ensuring that it plans for the program’s continuation with or without grant funding.

To help with the planning for the program’s long-term sustainability, the RAM Initiative fund has been established by the WCU Foundation for restricted use of this program only. Community members may contribute to the RAM Initiative through the Foundation’s webpage by clicking here.