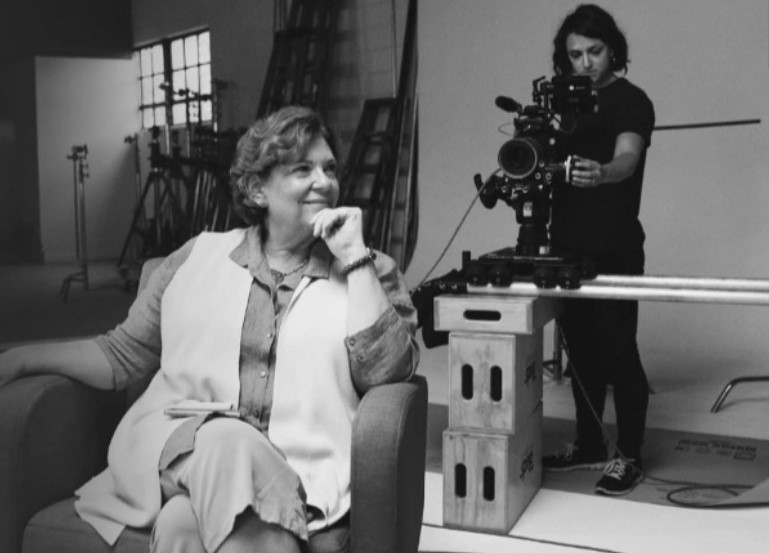 Image of Melissa Davey via Beyond Sixty Project.

Phoenixville resident and filmmaker Melissa Davey highlights stories of resilience and the continued relevance of 10 women over the age of 60 in her Beyond Sixty Project, writes Lynne Beverly Strang for Late Blooming Entrepreneurs.

In her documentary, Davey interviews, among other remarkable women, a veterinarian who is the oldest woman in the nation to swim the English Channel and a voice-over artist who is the voice of Apple’s Siri.

Davey’s story is similar to those presented in the film, the promotion for which uses the tagline “A woman’s age is not her story.” A former executive with a national managed care company, the grandmother of three launched her filmmaking career at the age of 65.

Her journey to becoming a director and producer started when she won an auction for “A Day on the Set with M. Night Shyamalan.” During a lunchbreak, Shyamalan asked Davey what her aspirations were. She responded that she wanted his job, and he told her that she better hurry up.

“That simple, very short conversation was all it took for me to make the decision to retire from my career and move to my second act as a film director,” Davey said.