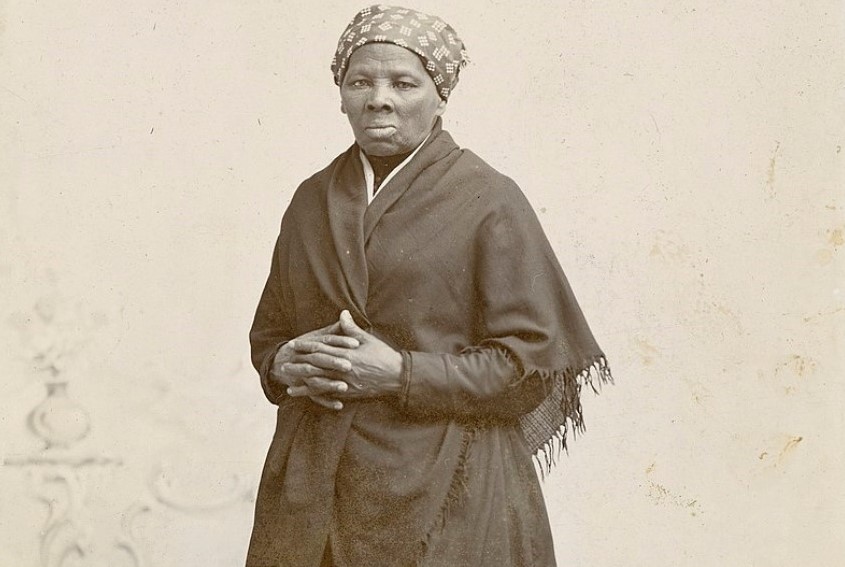 Image of Harriet Tubman via Wikipedia.

In 1854, Harriet Tubman, the prominent abolitionist and political activist, found refuge in Kennett Square with a group of freedom seekers, including three of her brothers, before escorting them northward, writes Scott Mingus for the York Daily Record.

Tubman herself escaped slavery in Maryland’s Eastern Shore in 1849. She walked almost 90 miles to make it to Pennsylvania and freedom. Soon after, she started making trips back to Maryland to help rescue other freedom seekers.

On her way back from one of those trips in December 1854, she found refuge at the home of Allen and Maria Agnew in Kennett Square. While not members of the Society of Friends, the Agnews still had a warm interest in Progressive Friends and took part in the Underground Railroad.

“We made arrangements last night, and sent away Harriet Tubman, with six men and one woman to Allen Agnew’s, to be forwarded across the country to the city,” wrote Thomas Garrett at the time. Garrett was an abolitionist and leader in the Underground Railroad movement.

Tubman and the group stayed with the Kennett Square family until they were able to move on.