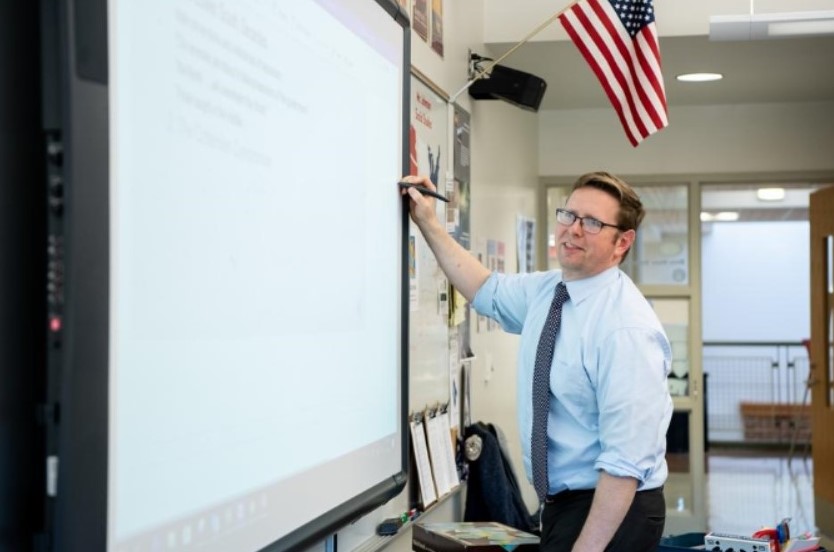 Image of Chris Johnson via the Bucks County Courier Times.

Charles Simcox, a local veteran who was killed in action in Europe on Christmas Eve in 1944, is the subject of a special research project on World War II, writes Chris English for the Bucks County Courier Times.

Chris Johnson, a social studies teacher at Central Bucks East High School, has been selected as one of eight teachers nationwide to participate in the project by the nonprofit National History Day. He will create an extensive lesson plan on Simcox for himself and other teachers.

Simcox was a West Whiteland native from a big family and had 10 siblings. He attended West Chester Junior High School, but had to drop out to help his family during the Depression.

“I also know from the 1940 census there was no father listed,” said Johnson. “So, you start thinking about a mom in charge of this large household.”

He enlisted and went to war, along with one of his brothers. He achieved a rank of U.S. Army staff sergeant before being killed in 1944.

His body never returned home, as he was buried in an American military cemetery in Luxembourg.