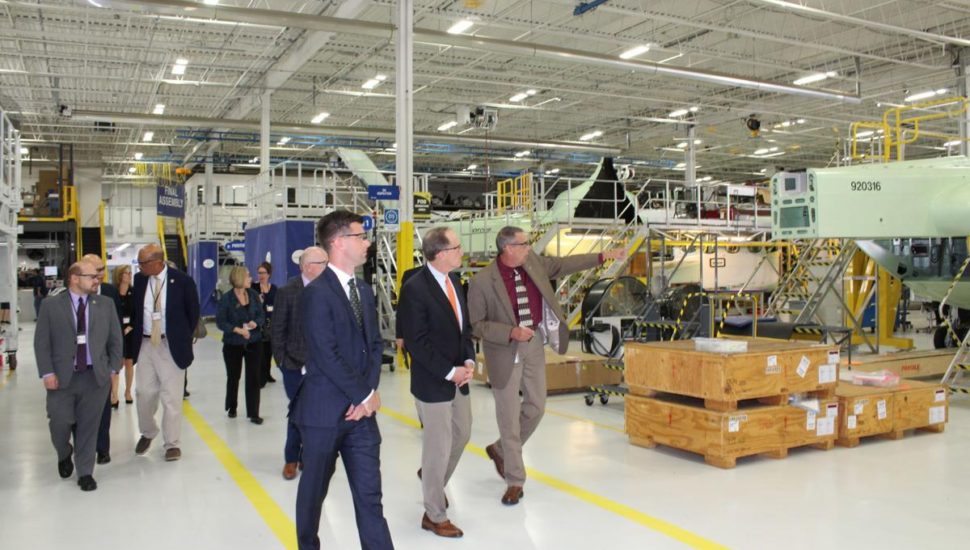 Earlier this week, U.S. Sen. Pat Toomey visited the Sikorsky helicopter plant in Coatesville to get a first-hand look at the facility’s operations, writes Donna Rovins for the Daily Local News.

The Sikorsky plant has been the focus of attention from all levels of government agencies and business organizations. This came after Lockheed Martin announced in June that it planned to close the facility by year’s end. This decision was later reversed, and Lockheed Martin committed to keeping it open through 2020.

“We had a discussion about what they do here, the steps, the value, and the markets they serve,” said Toomey.

The group then headed out on a tour of the facility. The visited areas included places where the party could see how helicopters are made, specifically the interior shop, production hangar, the completions hangar, and the flight delivery center.

“We were proud to host Sen. Pat Toomey today and give him insight into our operation and a first-hand look at our facility,” said Chris Czyzewski, Sikorsky’s general manager.

Read more about the visit in the Daily Local News here.