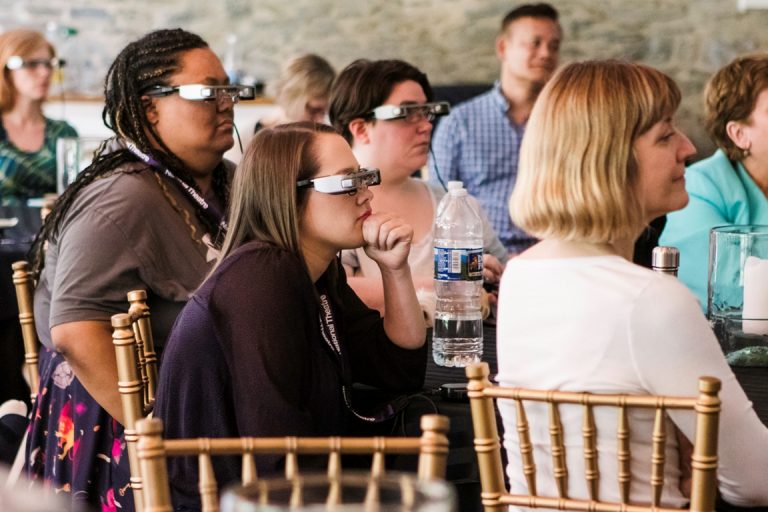 People’s Light in Malvern has become the first theater in the country to introduce closed-caption glasses, a new technology that improves access for the hearing impaired, writes Howard Shapiro for WHYY.

Last week, the glasses were officially rolled out for administrators, the press, and others at an event at People’s Light.

Moviegoers with hearing impairments have access to similar glasses for movies that do not already have full captions on the screen, as mandated by the Americans with Disabilities Act. Until now, this technology did not exist for theaters, as the captions have to be timed to the live action, which can differ with each performance.

The technology started being developed three years ago in Great Britain. Then, Temple University’s Institute on Disabilities applied for a grant to bring it to the U.S. and chose People’s Light as its partner.

“We knew that People’s Light is really dedicated to creating welcoming programming,” said Lisa Sonneborn, who directs arts initiatives for the Institute. “Our values were aligned.”